JACKSON HOLE, WYO – From the outside looking in, Lukas Nelson has had an impeccable slow burn of a career since making his Jackson debut as a seventeen-year old guitar slinger on Labor Day 2006 at Snow King Amphitheatre as a member of his father’s band, Willie Nelson. Lukas Nelson & Promise of the Real has a devoted fan base in Teton County, and JacksonHoleLive is thrilled to bring the cosmic country soul and rock & roll band to Jackson on the heels of their appearance in the film, A Star is Born.

The mid-winter Snowdown is Sunday, February 17 at Heritage Arena at the Teton County Fairgrounds, with special guest Jalan Crossland. Proceeds from the Mid-Winter Snowdown will support the annual JacksonHoleLive summer concert series.

Not only did Promise of the Real appear as members of Bradley Cooper’s fictional band, Nelson wrote and produced a bulk of the film’s soundtrack while working closely with Lady Gaga and Cooper (who co-wrote, directed, and stars in the film). It’s the first movie soundtrack to spend its first three weeks at number one on the Billboard Music Chart in more than a decade, and the film’s signature track, “Shallow,” picked up four Grammy nominations including Song of the Year. Nelson produced that track and along with his band, performed the music. These creative bonds led to Cooper basing his character (Jackson Maine) off of Nelson’s mannerisms, and Gaga co-writing with Nelson for her 2017 hit, “The Cure.” 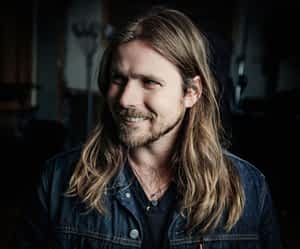 “There were a lot of different processes; it wasn’t the same [from one day to the next],” Nelson told New Musical Express last month about writing for the film. “I would write a song that I felt spoke to the character and to my authentic self which the character was based on and that [method] kind of worked. When I would write a song, I would send it to Bradley and Gaga. You know, I must have wrote 20 songs and some of them made it, some of them didn’t. I just started writing because I write, that’s what I do. In the meantime, I was collaborating with Bradley on making sure that the singing was on key and that he was holding the guitar right [laughs].”

Nelson’s career has reached epic proportions this year. The twenty-nine year old is one of few artists to have evolved right before our eyes here in Teton County. Not long after forming Promise of the Real as a teenager, Lukas performed locally several times as a budding artist—and the buzz around those shows spread like wildfire among local music connoisseurs.

Lukas’ profile continued to rise when he contributed three songs and heavenly vocals to his dad’s 2012 album, Heroes. Their voices blended with potent DNA. Then two years later, life took another turn skyward when Neil Young decided to make Promise of the Real his touring and studio band. Young has guided the grateful young musicians ever since, and they’ve backed the legend on tour around the world and on his two most recent albums.

As for Wyoming folk hero Jalan Crossland, you’d be hard pressed to find a more entertaining solo singer-songwriter. In a blue collar, John Hartford, van-down-by-the-river porch-pickin’ style, Crossland is a quadruple threat—premier acoustic guitarist, extremely fluid banjo player, phenomenal singer-songwriter, and an engaging showman. His extraordinary guitar work earned him National Fingerstyle Guitar Championship honors in 1997 and he was bestowed with the Governor’s Arts Award in 2013. The Wyoming native of Ten Sleep (pop. 287) also has more than a few good one-liners.

Doors open at 6 p.m. and you must be 21 years old to attend. Tickets are available online via JacksonHoleLive.org. Tiered ticket prices ($28/$36/$44) are intended to make the show affordable for those who purchase early. Limited VIP tickets ($125) include a premium stage-front viewing area, private bar, and private restrooms.

JacksonHoleLive is an all-ages community concert series that is affordable—$5 for adults and free to kids 17 and under—and builds a pop-up community at the base of Snow King Mountain each summer. It is made possible by community sponsorship, individual admissions, and concessions. JacksonHoleLive is a fundraiser for Center Management, Inc. (CMI), the nonprofit operator of the Snow King Sports and Events Center.

“JacksonHoleLive supports CMI’s mission to maintain affordable ice rates and program fees for youth hockey and figure skating,” explained co-founder Jeff Potter. “We greatly appreciate the community’s continued support of JacksonHoleLive, and we look forward to a concert with Lukas and his band that we can all be excited about this winter!”