A new report suggests most US cities probably waste a lot of space when it comes to parking. (John Matychuk)

JACKSON HOLE, WYO – Even as the Town of Jackson heads to the finish line a parking study due out next month that some officials believe will set the tone for a paid parking program of some kind, a new report indicates Jackson has too much parking, not too little.

How can that be?

Circle the square on any given July day and it might be a few laps before a spot opens up. You could run out of gas first.

Even the town parking garage, a veritable ghost town for the first few years, has filled up so much, town officials recently told the airport Ride2Fly might want to look for a different place to use as its satellite parking lot.

Parking is at a premium in Jackson by any anecdotal evidence so how does the data suggest we are overparked?

The research comes from a special report presented by The Mortgage Bankers Association’s Research Institute for Housing America (RIHA), titled “Quantified Parking: Comprehensive Parking Inventories for Five US Cities.” The principal data scientist and author of the study is actually a Jackson resident and a Pathways Taskforce member: Eric Scharnhorst.

That explains how and why Jackson, Wyoming joined New York, Philadelphia, Seattle, and Des Moines as parking analysis guinea pigs. And it was Jackson that posted the most eye-popping numbers.

The overarching findings of the 45-page report indicate most US cities are wasting space when it comes to utilizing coveted parking spaces equating to “land banks” according to Scharnhorst.

Scharnhorst acknowledged it is more than residents that need to park in Jackson—the majority of parking spots are necessary for a tourist town that plays host to nearly 4 million visitors annually.

“Jackson’s plentiful parking supply was underutilized. Despite its small land area and population, millions of visitors drive through the city every year so it is plausible that Jackson needs a lot of parking,” Scharnhorst stated. “But a Jackson-commissioned park­ing occupancy study of the residential core and midtown areas during peak tourist season in 2017 by Kimberly-Horn found, on average, 68 percent of parking stalls were empty in the residential core, and 61 percent were vacant in the midtown area. Occupancy peaked at 43 percent for the residential core and 51 percent for midtown. These low occupancy rates could suggest that parking is overpriced in Jackson, but at the time of this study, all parking in Jackson was provided at no cost. The conclusion must be that Jackson has an oversupply of parking.”

Mayor Pete Muldoon said he was aware of the study but has not looked at it carefully enough to comment.

“I would imagine the numbers are fairly accurate,” Muldoon admitted but preferred to wait for the town’s own study due to wrap in August. 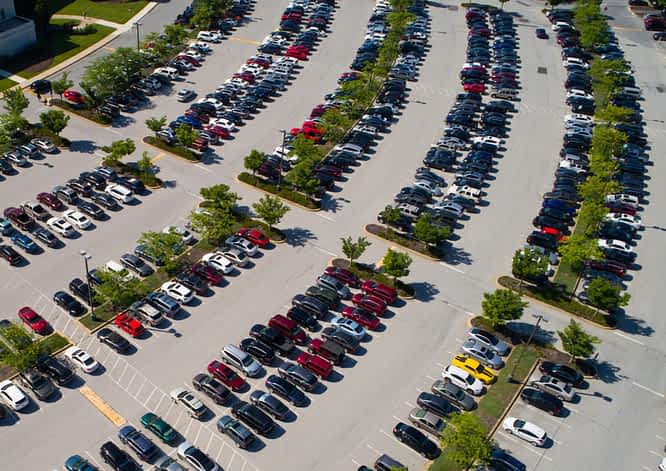 “Comprehensive parking inventories have never existed for U.S. cities. Because of this, many parking-related questions have never been answered. This uncertainty—not knowing how much parking there is near a site or in a city—is the motivation for this report. By presenting the first complete parking inventories for five U.S. cities, this research reveals an investment in parking that is out of balance with the current demand for parking in almost all cases, and even less in tune with what appears to be declining future demand.”

The Associated Press   2 hours ago