BOISE, Idaho — If your listening tastes gravitate to indie acts beyond the mainstream, you already know that Treefort Music Fest is the hippest thing since South by Southwest, circa 2000. About 450 acts from the U.S., Canada and beyond converge on downtown Boise every year, and the ninth annual event is set for March 25-29, 2020.

Though Boise is about a five-hour drive from western Wyoming, the only Wyoming-based acts to have reportedly performed at the festival are Screen Door Porch and Benyaro. The lineups typically feature established indie bands, emerging artists and local Boise-area groups at dozens of venues, both inside and outside.

For 2020, not only will there be six acts from the Equality State, there will be an official Wyoming Showcase. The six showcasing acts were announced today: The Two Tracks (Sheridan), 10 Cent Stranger (Laramie), Speed the Pilgram (Casper), Low Water String Band (Lander), Aaron Davis & The Mystery Machine (Jackson/Hoback), and Freda Felcher (Jackson). Most of these acts will also have a second performance at the fest. Exact venues and times will be announced soon.

“The Wyoming Showcase at this year’s Treefort Music Fest is the first time we have collaborated with Treefort in an effort to increase the region’s awareness about the incredible music being created in Wyoming,” said Taylor Craig, Creative Arts Specialist for the Wyoming Arts Council. “This partnership grew out of the Wyoming Arts Council’s Wyoming Independent Music Initiative (WIMI), a program dedicated to providing funding, performance opportunities, and professional resources to independent musicians in our state. As the biggest music festival in our region, showcasing at Treefort will help Wyoming musicians build their audience—something that is essential as they look to grow beyond their homebase.”

Treefort launched a podcast in early January called, “Storyfort Presents: Voices of Treefort Music.” New episodes appear every Monday featuring tales from past Treeforts, behind-the-scenes insights and more. The podcast will be available through the EaseDrop Studios, plus Apple Podcasts, Spotify and all of the usual suspects. 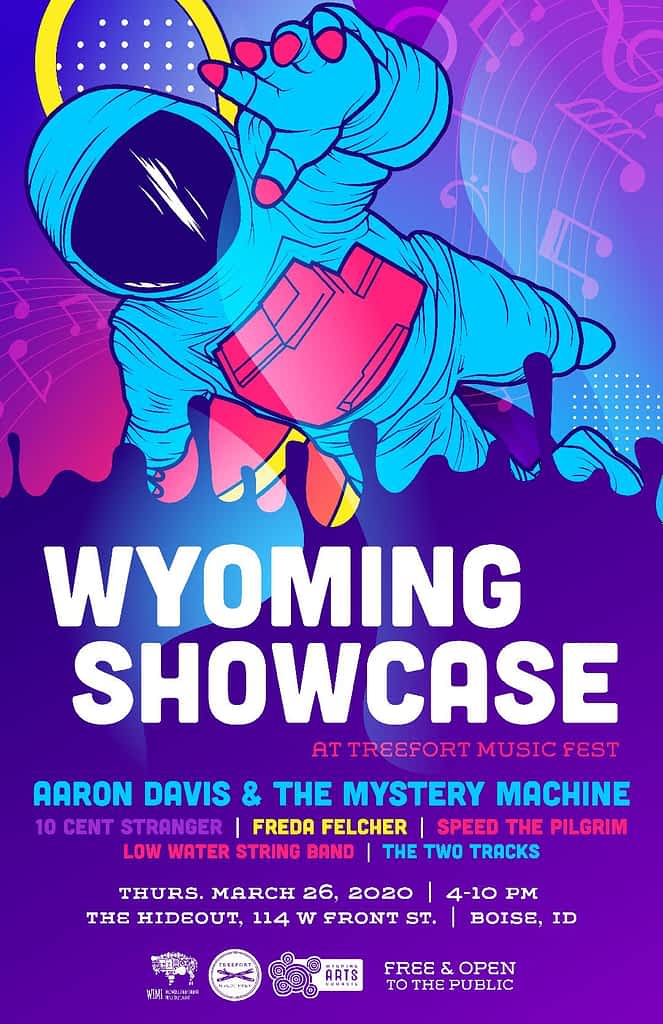