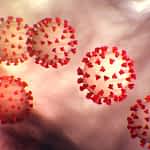 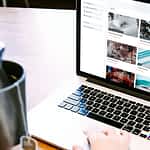 Similar to the town hall meetings of 2008, where Tea Partiers aired their grievances to lawmakers, the 2017 sessions are also born from discontented voters, this time often left leaning constituents.

In Mt. Pleasant, South Carolina, Republicans Rep. Mark Sanford and Sen. Tim Scott faced a boisterous crowd that pressed Scott on his vote for Education Secretary Besty DeVos. In New York, Republican Congressman Tom Reed appeared at an outdoor event where constituents bundled in puffy jackets and scarves railed against his vow to repeal the Affordable Care Act instead of trying to improve it.

Here in Jackson Hole, comprised of an increasingly politically engaged populace, it’s no surprise a group of residents organized a town hall meeting for 4:30 p.m. Friday at Teton County Library.

What is also perhaps unsurprising is that the guests of honor, Republican Senators John Barrasso and Mike Enzi, and Congresswoman Liz Cheney, will not be attending.

“Senator Enzi has commitments in other parts of the state that Friday and will be unable to participate in the town hall,” said Enzi press secretary Max D’Onofrio. “Senator Enzi has held listening sessions in the past, and will likely have some in the future. If constituents from the Jackson town hall would like to share with him what was discussed, he would be happy to receive those comments.”

D’Onofrio did not reply to an email inquiring what Enzi’s commitment happened to be.

When asked why Barrasso is skipping out on the Jackson town hall meeting, press secretary Laura Mengelkamp pointed to the myriad other Wyoming locales that Barrasso will visit instead. “Senator Barrasso is attending public events across the state this week at community meetings, schools and local businesses. By the end of the week, he will have been in Casper, Cody, Gillette, Greybull, Moorcroft, Newcastle, Riverton, Saratoga, Sheridan and Torrington. While he won’t be able to attend the MoveOn.org ‘Resistance Recess’ event, he will continue to travel around Wyoming meeting with constituents across the state.”

Just not in Jackson Hole.

Meanwhile, press secretary for Rep. Liz Cheney, Amy Edmonds, said the Wyoming Congresswoman can’t attend the Jackson town hall because of meetings she has scheduled in the state capital. “Congressman Cheney will be in Cheyenne on Friday meeting with the state legislature, members of the Chamber of Commerce, and other constituents,” Edmonds said. “She is continuing to work closely with citizens all across our state as we work to implement the changes voters called for in last year’s election. These include repealing and replacing the failed Obamacare and working to roll back out of control federal regulations.”

It is these lawmakers’ resistance to meet with Jackson constituents—who say they have repeatedly called, emailed and visited their representatives about a town hall meeting—that urged several residents to organize an event, with or without them.

“I feel like Wyoming [politics] were more centrist than the direction it is headed now,” explained Susan Mick, one of the town hall organizers. “There was always room for dialogue and now that seems to be getting shut down … I’ve been getting canned answers from Barrasso and Enzi that follow the party line, responses that pretty much say, ‘I don’t care how you feel, this is how I’m voting.’”

Mick pointed to the Senate confirmation of DeVos. As an educator, she says she was particularly concerned about DeVos’s lack of experience which prompted her to email and call Barrasso and Enzi. She also paid several visits to Enzi’s Jackson office.

Both Wyoming senators voted in favor of DeVos.

In her late 50s, Mick says the last time she was this politically active was during the 1970s feminist movement. Now, she finds herself concerned about some of the same issues—women’s rights, the environment. “We feel frustrated that they don’t seem to hear us,” she said. “But people are more than frustrated—they are angry that those paid to represent us don’t seem to be … we have written, emailed, called, and this seems like the next step.”

Mick, Heidi Harrison and several others who organized the town hall are following a blueprint from the national activist group Indivisible. It directs people whose lawmakers refuse to attend a town hall meeting to organize a citizens’ town hall. During the meeting, people engage in recorded dialogue with one another while seats will be reserved for absent lawmakers, a reminder to folks and local media that their representatives were no-shows.

The Cowboy State legislators are not the only Congress people seemingly reluctant to face their constituents right now. Republican lawmakers across the country canceled town hall meetings on the heels of a meeting featuring Rep. Jason Chaffetz-R, Utah, where an irate crowd erupted into the chant, “Do your job!” The chant was in reference to his role as chairman of the House Oversight Committee, as reported in Salt Lake City Weekly. Specifically, attendees were critical of Chaffetz for what they viewed as his failure to investigate potential conflicts of interest between Trump’s businesses and his role as president. PJH