JACKSON HOLE, WYO – With Mayor Pete Muldoon absent, snowmobile race promoters did not need Hailey Morton Levinson’s deciding vote for their event at Snow King but got it anyway. Morton Levinson joined Don Frank and Bob Lenz in a 3-1 vote for the ISOC snocross race with Jim Stanford opposed. The outcome means the event will take place December 8-9 this winter.

To sweeten the deal, ISOC promoters and Snow King tweaked their application to address concerns about the race on five fronts. Instead of the proposed ending time of 10:30pm nightly, they offered earlier quitting times of 6:30pm on Friday and 8:30pm on Saturday. The fireworks show was scrapped. The beer tent was to open 10am to 10pm. That was adjusted to noon to 6pm and noon to 8pm, on Friday and Saturday. Donations to the Doug Coombs Foundation were upped from $1 a ticket to 5% of total proceeds. The applicant also agreed to plow city streets it would need closed during the event should it snow.

Ryan Stanley, GM of Snow King, was joined by Carl Schubitzke, an ISOC race promoter who flew in from Minnesota to make sure the event was approved. Both addressed council questions ranging from spectator safety to what if there was no snow?

The public comment period was predictably raucous and decidedly pro-race. At one point, Stanford, acting as mayor in the absence of Muldoon, reminded the gallery to display a minimum amount of decorum.  “This is not an athletic event, please hold your applause,” he asked after one particular rousing round of hollering.

In voting for the event, Lenz said it was worth mentioning Snow King was a private company leasing town property for the express purpose of making a profit. “I don’t have a problem with that,” he said.

Morton Levinson first said she doesn’t make a habit of reconsiderations of votes. It was her first. “My original vote was due to hours, alcohol sales, and street closures. At the time, those impacts didn’t seem to have a lot of leeway,” she said. “I’ve since had the opportunity to meet with organizers of the event and learn differently. We’ve received more than 250 comments via email, phone and people in the grocery store. There has been a lot of opinions on this both for and against. Based on what came back with promoter [concessions], I’m willing to give this event a chance this year…I don’t do this to make everyone happy and I know not everyone will be. But I always have the community’s interest at heart, and please note: We are one community. That’s how I make my decision tonight.”

Frank again referred to character assassination of the snowmobiling community. He also said he didn’t care for the uncivil way many in the community went about expressing their displeasure with the event and the reconsideration process. “I have little stomach for an ‘us and them’ mentality. It doesn’t belong in Jackson Hole,” he said. Frank also added that he didn’t understand why many looked at community and commerce as if they were “conflicting events,” They are inextricably linked to each other,” Frank said.

Finally, Frank expressed concern for seasonal workers and others living paycheck to paycheck. He called the plight of some 3,000 families in the county—documented to be “food insecure”—a real crisis.

Stanford took exception to the alleged slurs against slednecks, saying at no time did he remember anyone make disparaging remarks about snowmobilers. He restated that he thought the event was inherently loud and would result in police chasing down the repercussions all night around town just as they would for any event. He then turned his attention to Snow King, claiming they have “a track record that hasn’t exactly been stellar.” He referred to misrepresentations and the fact that Snow King announced and promoted the sled race before asking the town for approval to use its land, finally dumping the request in the council’s ;lap in the 11th hour.

“We’ve also had a lot of people speak about the economy and putting food on the table. We heard an almost Dickensian tale from the Snow King Resort’s GM about the hard times that the hotel is going through. All while it is currently for sale for more than $60 million. And some of the businesses that stand to benefit, stand to make millions. We are not talking about putting food on the table.”

Stanford said the bigger picture was about being cautious moving forward with managing the 90 events Jackson Hole holds every year. “When we continue to explore economic gain and growth at the expense of  [community], that is greedy,” he said. “And enough is enough.” 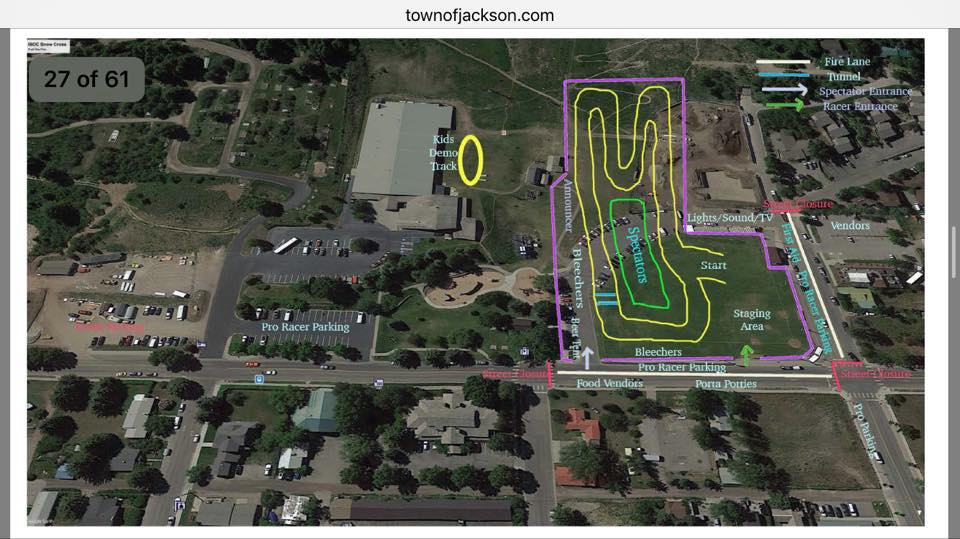