JACKSON HOLE, Wyo. — The end result of the town races is new faces. 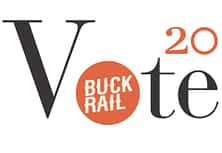 Jackson was going to have a new mayor any way you looked at it, though the post was filled by a familiar name. With the abdication of the mayorship by Pete Muldoon, who opted instead for a run at council, vice mayor and councilwoman Hailey Morton Levinson parlayed her eight years’ experience in town government to win the mayor’s seat.

On January 1, 2021, Morton Levinson will be sworn in as the fourth female mayor of Jackson—a community known for its all-female town council in the 1920s when Grace Miller presided over the town as mayor during the days of ‘Petticoat Rule.’

Jeanne Jackson had a cup of coffee at the position from 2001-02, followed by Sara Flitner from 2015-16, and now, Morton Levinson will settle in for a four-year term.

Morton Levinson has always polled well in Jackson. During her reelection run for town council n 2016, Morton Levinson garnered 2,208 votes—second most behind only Jim Stanford’s 2,290. In 2012, she won a seat on the council with a field-leading 2,052 votes—ahead of Stanford’s 1,718.

Technically, no incumbent had her or his hat in the ring for town council though Mayor Muldoon was hardly a stranger to town government after winning the mayor’s race in 2016 with a razor-thin victory over Sara Flitner, 2,415 (47%) to 2,376 (46%).

His bid for a seat on the council did not go nearly as well. Muldoon brought up the rear in a four-horse race for two seats.

Jim Rooks grabbed 29% of the vote with his 2,797 tallies to earn a seat on the council.

“My fight is for equity, justice, and respect—in the richest county in the United States all of our residents should have ‘enough,'” Sell Chambers told Buckrail. “We want Jackson to remain home for the people who power this place and I’m thrilled to get to work for Jackson’s working people, retirees, and our kids. I want to thank the voters in Jackson Hole for backing these values and casting their votes for me.”