March 5, 2020 marked the 250th Anniversary of the Boston Massacre, considered to be a pivotal event that paved the way to the American Revolution. Photo: Wikipedia

JACKSON, Wyo. — With voting-age adults participating in a truly patriotic event today, kids can feel left out. Until now.

First off, what do you know about the Boston Massacre? Hint: It does not involve the Yankees or the Red Sox.

The local Davey Jackson Chapter of the National Society Daughters of the American Revolution (D.A.R.) announced its annual essay-writing contest for students in grades 5-8.

Daughters of the American Revolution established this annual essay contest to encourage young people to think creatively about our nation’s great history and learn about history in a new light.

Each academic year, a unique essay topic is chosen and guidelines are made available. This year’s topic is: “The Boston Massacre.” The contest is open to all students in Teton and Lincoln counties grades 5-8. Essays are judged for historical accuracy, adherence to topic, organization of materials, interest, originality, spelling, grammar, punctuation, and neatness.

Essays are due to the Davey Jackson Chapter by December 5, 2020.

March 5, 2020 marked the 250th Anniversary of the Boston Massacre, considered to be a pivotal event that paved the way to the American Revolution. It predated the Boston Tea Party by more than three years. Both events were evidence of tense relations between Great Britain and Colonists living in then-British America.

“Imagine living in Boston and, after witnessing the event of March 5, describe your family’s discussion about the Boston Massacre and what role it played in organizing the Colonists against the British King and Parliament,” suggests DJC historian Ruzena Rok.

About Daughters of the American Revolution 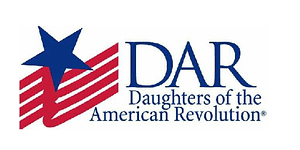 The Davey Jackson Chapter, located in Jackson, was established on December 9, 1977 by Regent Erin Muths with 13 members present. Currently, the organization boasts 70 members, 8 associate members, and many prospective members working on their applications.

The local chapter is a diverse group of women of all different ages and backgrounds. All share a common bond of having one or more ancestors who provided civilian or military patriotic service during the American Revolutionary War.