JACKSON, Wyo. — The Community Foundation of Jackson Hole’s Board of Directors is pleased to welcome three new board members, Greg Gricus, Deirdre Griffith, and Daniela Peterson, who will help support the Foundation’s mission “to improve lives through philanthropic leadership.”

“We’re excited for the broad range of experience and unique skills that Greg, Deirdre, and Daniela bring to the Board,” said Stacey Morse, Community Foundation Board Chair.

At its December meeting, the board also elected officers for 2022. Stacey Morse will remain as Chair. Jane Hopkins Carey will serve as Vice Chair, Betty Andrikopoulos as Treasurer, and Don Opatrny as Secretary.

Outgoing members Scott Gibson, Bill Hoglund, and Bob Kopp were acknowledged for completing three, three-year terms on the Foundation Board. 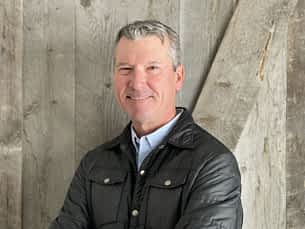 Greg and his family moved to Jackson Hole, Wyoming from Chicago in 2008. The outdoor lifestyle is what drew Greg to the Valley, but the close-knit community is what was what made him know it was home. A 25-year veteran in the documentary film business, Greg specializes in cinematography and directing. His work has appeared on networks including CNBC, The History Channel, National Geographic, PBS, A&E and Bravo and includes some of the longest-running documentary television series on cable as well as award-winning independent films. His film, “Wild Horse, Wild Ride”, a documentary feature co-directed with his wife, Alex Dawson, garnered over a dozen audience and jury awards at festivals around the country as well as a Gotham Award nomination. Greg has also utilized his skills and talents on projects for various nonprofit organizations including The Animal Adoption Center, Teton Literacy Center, The Mustang Heritage Foundation and New Beginnings Family Academy.

An avid sportsman, Greg loves to hike, ski, golf and fish and spend time with his family and dogs. Greg holds B.A. from Columbia College. 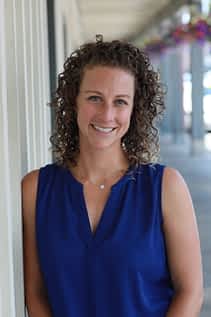 Deirdre has called Jackson home for over a decade. As a lifelong horsewoman, a passion for the outdoors began at a young age. Raised in a family who highly values and models philanthropy, Deirdre gained an appreciation for supporting and participating in her community. Real estate has also been a longtime interest, and years ago she made it a career. She has participated in multiple community initiatives and serves on the Competitive Grants Committee for the Community Foundation.

Deirdre completed her Bachelors and Masters degrees at Colorado State University before moving to Jackson.

While packing for the Triangle X Ranch, she met her husband Vance. They are raising two young girls here, and enjoy skiing, hiking, horseback riding, and camping as a family. 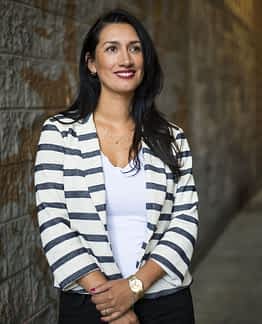 Daniela Peterson is the founder and clinical director of Vista Counseling, a local mental health practice that serves Jackson and the surrounding communities. She grew up in Santiago, Chile and after graduating with a master’s degree in psychology moved to Jackson in 2004 to work for the Head Start Program. During her career, Daniela has worked with several local non-profits including the JH Community Counseling Center, El Puente, and the Curran-Seeley Foundation. In 2007, Governor Freudenthal presented Daniela with the Starfish Thrower Award for creating the first Spanish-speaking substance abuse program in the state of Wyoming. In 2014, the Wyoming Division of Victim’s Services recognized Daniela with her outstanding work with victims of abuse. Daniela’s bicultural background and bilingual skills have given her the opportunity to be fully immersed and understand our community, which gives her a unique perspective on the board. She hopes to bring a “boots on the ground” perspective and represent the local working class to help the Foundation be effective in its mission and positively impact the community. Daniela looks forward to continuing to collaborate with local nonprofits and advocating for the people of the community.