JACKSON HOLE, WYO – The Center Street Project received sketch plan approval earlier this week at a town meeting. The development will essentially replace the entire block just off the town square at the corner of Center St. and Deloney Ave. Planner Paul Anthony described it as a complicated and challenging plan full of interesting shapes and frontages, as well as spanning two different zonings. Then there is an alley behind it all that the town still isn’t sure who it belongs to.

When it’s all said and done, the redevelopment of a significant portion of downtown Jackson looks like it will fall to a local real estate development company called Crystal Creek Capital (CCC) and local architecture firm Carney Logan Burke.

Jim Walter, president of CCC, is well aware of the scrutiny his project will be under. As the developer of a largescale project going in at one of the highest profile addresses in Teton County, Walter says he feels the weight of responsibility—to honor place and convention, and to do right by Jackson Hole’s rich heritage and, perhaps, richer future.

“This is a community with housing challenges, we know that,” Walter said. “We are locally owned and locally managed. We will take responsibility for our people and our team. Our success hinges on it.”

Walter also outlined other points, including how the location would help address sprawl, cut down on illegal short-terms rentals, and put an estimated $1 million into town/county coffers per year via sales and lodging tax. He added that the project fits perfectly into the Comp Plan playbook, which he said calls for a desired vibrancy for downtown Jackson—the heart of the visitor experience and economic pulse of the community—especially concerning a revamped lodging overlay. 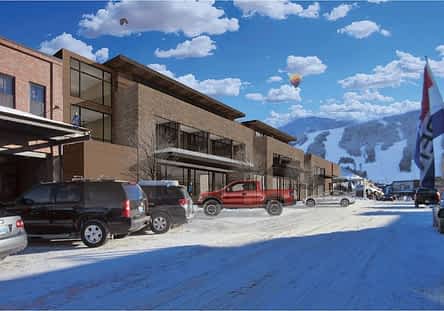 Finally, Walter says if not him, who?

“This property has commercial entitlement rights and it will be sold, bought, and developed by somebody,” he said. “This is a by-right application and we are following the rules. We received unanimous approval from the planning commission. We are asking for no variances or waivers.”

Crystal Creek Capital was chosen by Wells Fargo from hundreds of applicants across the country to redevelopment the property. Wells Fargo has ownership interest and will upgrade the branch there on the square and add administrative offices as well.

Councilman Jim Stanford said he appreciated the applicant asking for nothing beyond what current land development regulations allow but did advise Walter he would likely be getting flak from housing advocates.

“We have a community that has a housing shortage. You are opening a hotel that will need more employees than it will house. There have already been murmurings in the community about where these employees will come from,” Stanford said.

Walter admitted he would have a lot of challenges with the project, including housing. But with 4,513 square feet of employee housing and the hiring of Jamie Yarrow (formerly with Four Seasons JH and Hotel Terra) running the hotel, Walter said he was confident they could do it. “We are going to own and operate this ourselves. We are going to have to make this work,” he said. 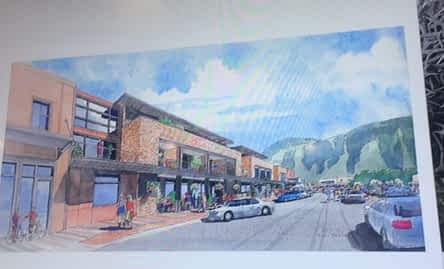 Jim Genzer also asked Walter how much of an impact his project would have on the community’s housing crisis.

“It’s a lovely building, and, obviously, it would be an asset to the community,” Genzer began, “but what happens to the other 75 percent of the employees [not covered by the 25% affordable housing mitigation requirement]? I suspect you will need in excess of 115 or so.”

Walter assured Genzer he could staff the entire operation with about 51 employees, while Mayor Pete Muldoon consented that housing mitigation requirements needed to be raised, especially in light of larger developments like Walter’s.

As for John Carney, he received word only in December that his firm would be doing the design.

“What a great piece of property and what an honor,” Carney said. “Without a doubt, in my 25-year career this is the most exciting project I’ve ever had a chance to work on. It is a great legacy project for both me, personally, and the town.” 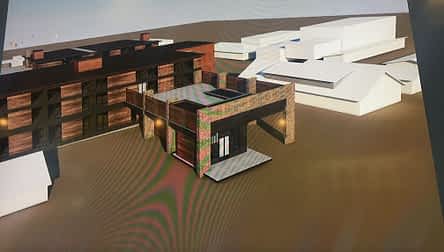