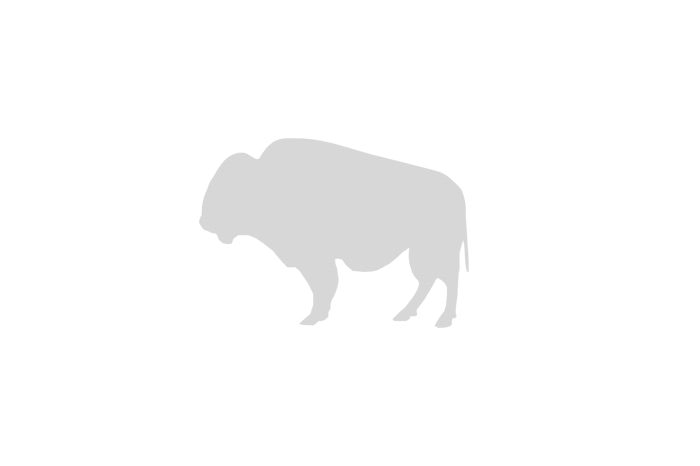 Late fall and early winter is sparring season for bull moose. If you're lucky, you can see them go head-to-head. Photo: Buckrail // Nick Sulzer

JACKSON, Wyo. — Want to see wildlife in Jackson Hole? Come in the winter.

The mere volume of animals that migrate down from the mountains to spend the winter in the Jackson Hole valley is astounding. And no one knows more about local wildlife than the guides at Jackson Hole EcoTour Adventures.

EcoTour guides are wildlife experts first and foremost. They are biologists, naturalists, and conservationists who got into the guiding business to share their adoration for animals with the world.

During the winter season, EcoTour Adventures offers a variety of ways to interact with Jackson Hole and its wildlife. Spend a half day touring Grand Teton National Park from the comfort of one of EcoTour’s heated 4×4 safari-style vehicles. Guides provide Lander-based Maeven Optics spotting scopes and binoculars. They also provide healthy snacks and hot drinks, including local coffee from Snake River Roasters.

Trips are timed based on peak wildlife activity: sunrise and sunset. Guests can choose the time that works for their schedule — EcoTour guides say there isn’t a noticeable difference in activity at sunrise or sunset. A full-day option is also available for private groups.

For a more active experience, EcoTour Adventures also offers full and half-day cross-country skiing and snowshoeing tours. On these trips, guests have the chance to step into the (snow)shoes of a local naturalist. Look for animal tracks and other signs of life while you meander through snow-covered fields or lush, wintery forests. EcoTour can accommodate all levels of fitness and experience — “if you can walk, you can snowshoe,” they say. Snacks are provided, and there are plenty of opportunities to stop and take in the scenery and wildlife. Grand Teton National Park is “one of the coolest places to go skiing and snowshoeing,” says five-year guide Josh Metten.

What will I see on a wildlife tour?

What won’t you see on a wildlife tour? Wildlife is busy in the wintertime, hustling to stay alive in the harsh cold conditions. That’s easiest down in the valley, which means animals are all around us all season long.

Winter is “prime time” for moose, Metten says, and if you come early enough, you might get to see them spar. Male moose with huge antlers, called paddles, go head-to-head in a battle for dominance and female attention. Then, when their antlers are no longer useful, they drop them. It’s kind of like losing a tooth, Metten says — antlers leave behind a little bump of tissue on the tops of the moose’s heads. Shed paddles litter the valley floor. If you’re lucky enough to find one, you’re welcome to pick it up to get a closer look and feel its weight, as long as you leave it where you found it. Your arms might be sore the next day from lifting such a hefty thing. Imagine how the moose’s neck feels.

The birds that don’t migrate south for the winter — or the ones that only go as far south as Jackson — are impressive and abundant. Winter is prime time to see bald eagles, owls, and trumpeter swans. Swans were listed as an endangered species when the Endangered Species Act passed in 1973, and have made an impressive recovery, Metten says. Theirs is a “conservation success story.” Golden eagles and rough-legged hawks are also a common sighting. The “roughies” migrate down into Jackson from above the arctic circle, thousands of miles away.

Jackson also welcomes thousands of elk into the valley each winter to winter on the National Elk Refuge. Deer and bighorn sheep also seek refuge at lower elevations. Winter is the only time of year you can see bighorn sheep so close.

And then there are bison. The huge, prehistoric-looking creatures are well adapted for the cold, and they look especially impressive standing strong and steady in even the harshest winter conditions.

More impressive still are local wolves. More than 150,000 people visit Yellowstone National Park every year just to see wolves, and EcoTour guides know best where to find them. By far the best time for wolf watching is in the winter, Metten says. Any other season, wolf watchers have to be up before the sun and catch the canines at dawn or dusk. But in the wintertime, they’re out all day.

“Yellowstone and Grand Teton are the only places you actually have a decent chance of seeing them,” Metten says.

EcoTours offers special multi-day trips just for wolf watching in Grand Teton and Yellowstone. Guests will take a private SnowCoach over Yellowstone’s snow-covered roads to take in the scenery and wildlife only available in winter. There’s a good chance guests will have a “triple dog day,” which is what EcoTours calls seeing all three canid species, wolves, foxes, and coyotes, in one day.

At the core of what drives Jackson Hole EcoTour Adventure is the desire to protect the wildlife it showcases.

“We benefit from wildlife. We make our living off of wildlife,” Metten says. “How do we contribute to its conservation?”

They do that a couple of ways: most tangibly, EcoTours was the first wildlife guiding company to buy Wyoming Wildlife Conservation plates, the sales of which go to funding Wildlife Crossings and other measures to protect wildlife and people on our roads.  The company also donates 2.5% of profits toward conservation organizations working to ensure a bright future for Wyoming’s Wildlife.

But conservation is also built in to how they guide. It’s nearly impossible not to care about wolf conservation after spending a morning observing a pack of pups in Yellowstone. EcoTour guides will go into detail about the ecology of the local wildlife, and they will also offer ideas about how to take better care of it. Wildlife recreation in Wyoming is a billion-dollar industry, Metten says, and more than half of it is wildlife watching. The least wildlife guides can do is give back.