I-80 can be a real nightmare in winter.

JACKSON HOLE, WYO –  A new report issued by SafeWise identified Wyoming as the most dangerous state for driving in snow. 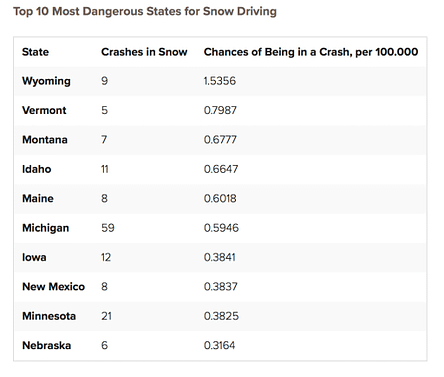 The online resource that provides information on safety for communities compiled stats from National Highway Traffic Safety Administration’s 2016 crash data to make a calculation that put Wyoming far out in front of any other state for winter driving hazards. Safewise calculated the likelihood of crashing during snow per 100,000 people in each state with Wyoming receiving a 1.5 chance compared to the nearest state: Vermont (0.8). 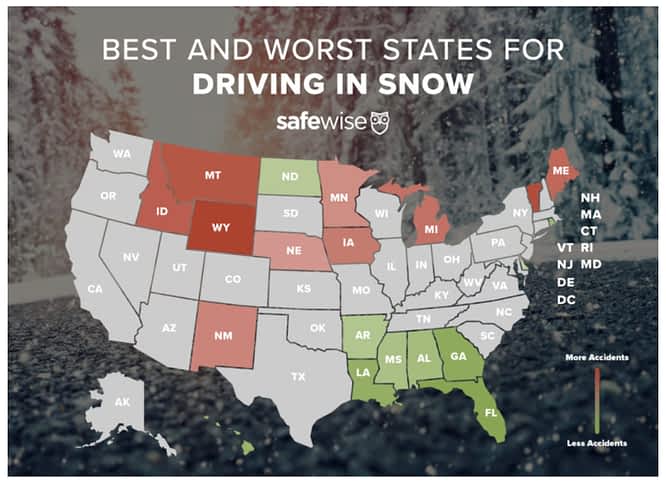