Most Americans are probably unfamiliar with the federal government’s taxpayer-subsidized killing campaign carried out every year against public wildlife on public lands, most of them located in the West.

Most are probably unaware that their hard-earned money, paid in taxes to Uncle Sam, helps to operate a federal agency known as Wildlife Services, a branch of the US Department of Agriculture. One of Wildlife Service’s primary missions is functioning essentially as a protection hit squad for privately-owned cattle and sheep producers allowed to graze their animals on public land grass at rates that haven’t risen in over half a century.

While most citizens are outraged when they learn what Wildlife Services does, they are outraged even more when they discover that one of the weapons Wildlife Services and its state affiliates use to wipe landscapes free of predators is ultra-lethal cyanide “bombs” known as “M-44s” that could also kill a human or pet if they came in contact with them.

In fact, a teenage boy from Pocatello, Idaho nearly died a few winters ago after he and his pet dog wandered into an M-44 placed by a Wildlife Services trapper near their suburban home. The dog bumbled into the M-44, got a dose of cyanide sprayed in its face and then died, foaming at the mouth, in the boys’ arms.

The same year two pet dogs were killed by M-44s outside Cheyenne, Wyoming, the state capital.

That prompted Brooks Fahy, founder of Predator Defense, along with several other wildlife conservation and animal rights groups representing millions of members to again seek a nationwide ban on using M-44s.

In 2017, U.S. Rep. Peter DeFazio of Oregon, a Democrat, drafted a bill that would do just that, but it got nowhere when Republicans held a majority in the House of Representatives.  Today, Democrats are in charge and DeFazio’s bill has gained momentum.

Wildlife Services, has been under intense public scrutiny for decades, taken to task for the death tolls of animals it proudly notches, the accidental killing of “non-target species” including imperiled wildlife, the deaths of pets and several close calls involving outdoor recreationists and dogs who happened upon M-44s and traps.

Few Americans realize that Wildlife Service agents still use fixed-wing aircraft and helicopters to fly over vast swaths of the West gunning down coyotes so that ranchers on public lands don’t have to contend with them at calving and lambing time.

Meanwhile, on the ground, agents lay down a lethal gauntlet of traps and snares, “fumigants” and sometimes even use gasoline which is poured down the dens of unwanted predators and then set alight, burning alive only adult animals but their pups.

For a long while, Wildlife Services dodged accountability and transparency, refusing to divulge public records about its activities, knowing that it always had lawmakers from the West who would defend it.

In Wyoming in 2018, Wildlife Services claimed official responsibility for killing 6,231 coyotes, 51 wolves, 148 red foxes and other animals, though many believe that’s a grossly low estimate. It also doesn’t include the fact that wolves, given their controversial “predator status,” can be killed in roughly four-fifths of the state 24 hours a day, 365 days a year by any means—even techniques that animal welfare experts would claim to be torturous—no questions asked. Notably, coyotes are treated with even less regard.

All of these relates to an ecologically illiterate mindset that begins and ends with Wildlife Services and its allies. The Wyoming Game and Fish Department, which claims to be guided by best modern practices in professionally stewarding wildlife, turns a blind eye when it comes to the deeds of Wildlife Services.

Why? Out of fear it will alienate state lawmakers who fund it.

Game and Fish and members of its governing wildlife commission even seem to condone the practice of running down coyotes with snowmobiles, which has been widely condemned by leading hunters’ organization as barbaric and unethical. Still, Game and Fish and its commissioners are afraid to speak out, even on principle.

This week in Wyoming, a state where a wide range of horrors have been documented since the 1960s—including snowmobilers running down coyotes with their sleds “for sport”—a court settlement has struck a blow against Wildlife Service’s use of M-44s.

Under the agreement, Wildlife Services, in addition to temporarily prohibiting M-44s, must provide, by Jan. 8, 2021, an environmental analysis of the effects and risks of its wildlife-killing program in Wyoming.

In the wake of a wide array of challenges brought against Wildlife Service’s tactics, field personnel working for the agency also can no longer set neck snares and traps in places where grizzlies are known to live.

“It’s past time for the government to stop killing predators for the sake of the livestock industry,” said Erik Molvar, executive director of Western Watersheds Project. “While the settlement is a temporary reprieve for native wildlife, we hope that taking a hard look at the program will reveal the ineffective and dangerous aspects of these activities, resulting in permanent protections.” 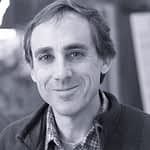