JACKSON, Wyo. — Warren Levy’s highschool experience started with and was defined by a presidential election. He had never before been so tuned into politics, but suddenly he could not escape them.

“On both sides of the aisle, I’ve just seen this hyper-partisanship and division that has sort of necessitated paying attention,” Levy said.

But when the Jackson Hole Community School graduating senior was brainstorming ideas for his senior project, it surprised him to learn that out of roughly 250 survey respondents, 99% of them were “misinformed about at least one key voting issue.”

So he decided to devote his senior project to making access to information easy. His website, InformedElection.com, pairs voters to their presidential candidate “match” based on a quiz that asks voters where they stand on key issues. It also provides detailed written summaries on each issue for each candidate, and information on how to register in all 50 states. Levy’s goal, he said, is to encourage people to make informed decisions at the polls — and to show up to the polls at all. 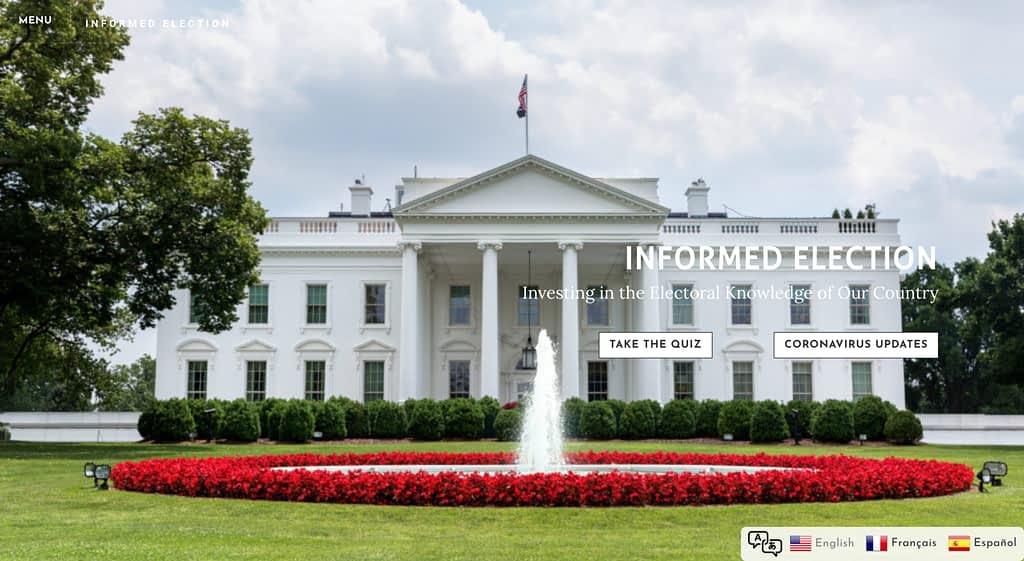 “I couldn’t care less who you vote for, as long as you know that it’s someone you agree with,” Levy said.

It was just good luck that Levy chose a project that can exist entirely online, he said. COVID-19 cut the in-person aspect of his senior year short, but he was able to move forward with a modified final plan. Now, there’s an entire section of his website dedicated to updates about elections affected by COVID-19.

“I got extremely lucky,” Levy said.

Levy’s project is geared toward voters of all ages, but he is particularly interested in engaging young people. They are, after all, a “huge percentage of the voting pool.”

“I’ve always felt that people don’t really understand how tangible the impacts of government are on them,” Levy said. “If I go drive somewhere on a road, that’s one impact being felt.”

And as his peers come of voting age, he wants them to feel empowered to vote for the person they agree with.

“It’s important to vote. You can make a difference,” Levy said.

Visit InformedElection.com to learn more about your candidates.

Paid for by Christian Beckwith for Teton County Commissioner   Oct 15, 2020