A semi is stalled out north of the Snake River Bridge on US89. Photo: WYDOT

JACKSON, Wyo. — The Wyoming Department of Transportation (WYDOT) says that a stalled semi-truck is blocking a travel lane on US89, at milepost 149 just south of Jackson.

Earlier this morning, WYDOT reported a stalled vehicle on WY22 (Teton Pass) at milepost 1. The notification was later canceled when the scene cleared up.

Roads around Jackson remain slick with snowfall and black ice. For the latest updates on Wyoming road conditions please check out the Wyoming Travel Information Map. 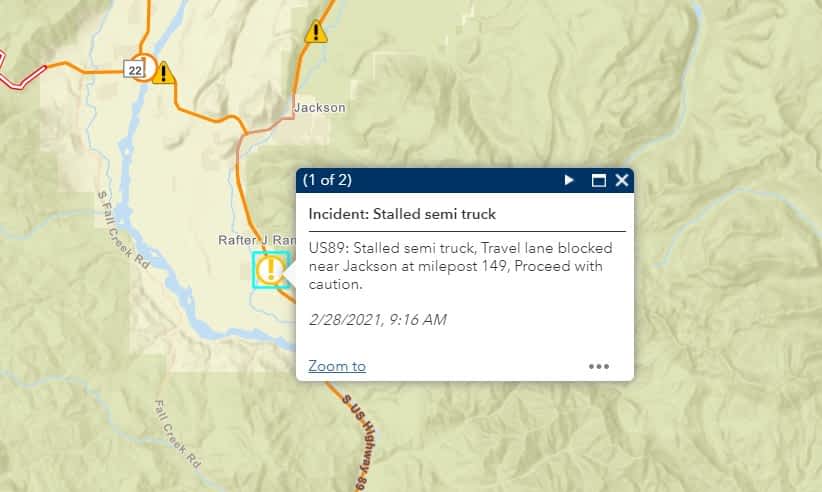