JACKSON HOLE, WYO – Snow King Ski Patrol backed the resort’s decision to charge skinners for uphill skiing access to the mountain, calling the fee a component of education and safety. Snow King’s decision to implement a $75 Uphill Pass beginning this season met with pushback from some users, government officials, and nonprofit community organizations.

Historically, uphill travel and skiing on Snow King without the use of chairlifts was allowed for free. In 2015, new ownership and management at the resort imposed a nominal voluntary $7.50/year charge for an armband and registration.

Opponents of the fee include town councilman Jim Stanford who called it “shameful and patently absurd” that the resort charge the public to access public lands.

The Jackson Hole Conservation Alliance has also weighed in against the fee. The nonprofit shared an online petition against the fee launched by Brigid Mander, and stated the following on its website: “We understand that SKMR maintains the trails and provides ski patrol. However, we already subsidize their operations through massively discounted leases and direct investment, so charging us more to use our own land is unfair and inequitable.” 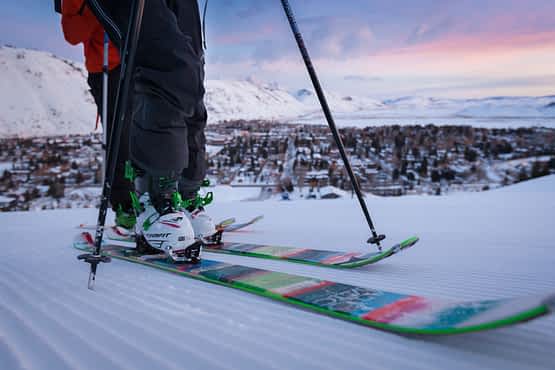 “The uphill travel pass is an essential part of our prevention and safety program at Snow King,” said director of snow safety and Ski Patrol at Snow King Mountain Jack McConnell. “In addition to enabling Ski Patrol to educate users right out of the gate with best practices for safety and route recommendations, we are able to generate a stable revenue stream to fund operations and equipment.”

Snow King Ski Patrol is comprised of 25 paid staff members, backed up by National Ski Patrol volunteers, who promote safe and enjoyable skiing and provide immediate aid and care to injured individuals on Snow King Mountain. An average of six paid patrollers are on duty during operating hours. Revenues generated from the purchase of the uphill passes are used to fund Ski Patrol operations, facilitates and equipment.

“As patrollers, we are there for anyone on the mountain who needs our assistance,” McConnell said. “However, it does come at a cost. A cost of paid staff, extensive patrolling and hazard marking and expensive equipment. And that’s on top of the costs we incur before anyone gets on snow—water, electricity, staffing, snow making. There is a large supporting cast that allows the uphill user to have a safe surface to do what they enjoy.”

“Is charging for uphill access the correct way to raise funds for winter operations? Or could a free uphill access policy be used as the foundation for marketing Snow King as a true ‘Town Hill?’” Free Snow King stated on its Facebook page. “Who has the best uphill policy of any US Ski Area? Magic Mountain Vermont does…hands down. All uphill travelers receive a token at the top of the 1,700-vertical-foot climb, which is good for one free ride up the chairlift during the same day.”

McConnell said he has seen a sharp increase in uphill travel over the last several years. He said this season the overwhelming majority of uphill travelers, nearly 98 percent, have expressed understanding and appreciation of Snow King’s updated uphill policy.

“They really appreciate what is being done to preserve the uphill travel opportunity while ensuring the safety and accessibility of the mountain,” said McConnell. “They understand and acknowledge the risk we incur and what we pay for the safety, convenience, good surface and open slopes.”

Snow King Mountain enacted an updated uphill user policy in the Fall of 2017 to reflect increased use and ensure future access. Snow King is among only a handful of major commercial resorts in the Rocky Mountain West who continue to allow generally unrestricted uphill access. Most ski resorts in the region do not permit uphill travel during operating hours.