JACKSON, Wyo. — The National Weather Service in Riverton has issued a Red Flag Warning for weather conditions conducive to wildfires in Grand Teton National Park, the Jackson Hole Valley and the Gros Ventre Mountains on Tuesday from noon-8 p.m.

The warning also includes Star Valley, the Wind River Range and much of Western and Central Wyoming. Yellowstone National Park and the higher elevations of the Tetons are not included in the warning.

Westerly winds will become strong on Tuesday afternoon with sustained speeds of 15-25 mph and gusts to 35 mph, while relative humidity values will drop as low as 14%. The combination of strong winds and low relative humidity could result in rapid fire spread and erratic fire behavior if any wildfires are ignited.

The Weekly Weather Update issued earlier today highlights the increasing fire weather concerns over the upcoming week. Fire danger will remain elevated beyond Tuesday due to windy afternoons and low relative humidity each day this week, along with an increased potential for lightning on Wednesday. 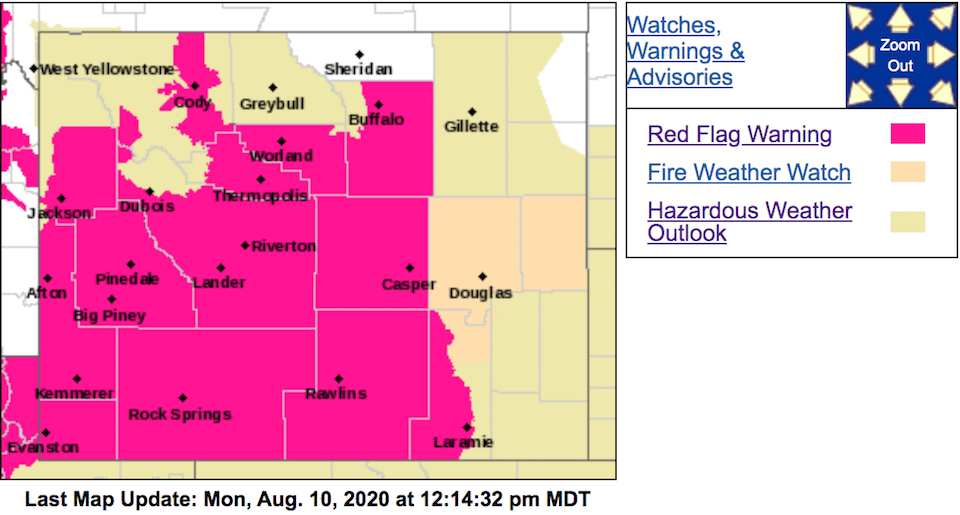