JACKSON HOLE, WYO – 484 inches have fallen in the Tetons and The Jackson Hole Rendezvous Spring Festival snowball is real, folks. What started out as a single-day festival thirteen years ago has evolved into a weeklong celebration of snow culture, big name musical acts, and a showcase of local talent. With hyper-focus on Grace Potter and Brent Cowles for Friday’s Town Square concert and Nathaniel Rateliff & the Night Sweats with Greensky Bluegrass on Saturday in the Teton Village lot, you might not realize how epic the entire week (and month) has sized up to be. 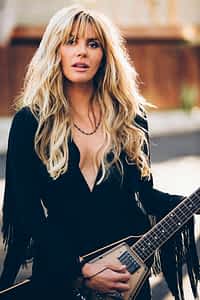 Grace Potter’s history with Jackson Hole dates back to her sold-out, debut performance in February of 2008 at the Mangy Moose (a $10 ticket!). She was twenty-four, her sister lived in town, and she was touring with her band, The Nocturnals. Much has changed since—a major label record deal, band break up, divorce, having a baby, fruitful collaborations with country star Kenny Chesney and The Flaming Lips, performing on stage with The Rolling Stones, and a solo record, Midnight (2015).

Potter’s transition from Rock N Roll into dance-pop on Midnight was a bold move, though her live shows these days seem to focus more on the former than the latter. She’s a force, a vivacious presence that has been destined for success and a true talent that splits time between organ and guitar.

Based out of Denver, singer-songwriter Brent Cowles will open for Potter with a rocking quartet. He was a member of You, Me & Apollo before setting out on a solo career and releasing How to be Okay Alone last year. Showtime is 5:30 p.m. Friday on Town Square. 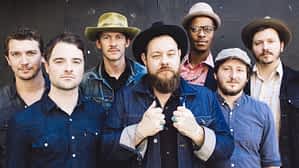 When I spoke to Nathaniel Rateliff three years ago in advance of his 2016 Rendezvous Fest performance for Jackson Hole Mountain Resort’s 50th Anniversary, he was stoked to have his first headlining show at Red Rocks. Now, his roadhouse retro sound that nods to a vibrant neo-soul version of Sam & Dave-meets-The Band has taken the world by storm and continues to be Tearing at the Seams, the title of his 2018 album. It’s fiery, big band R&B that’ll instigate a ruckus in Teton Village on Saturday. Progressive string band Greensky Bluegrass will open. Showtime is 5:30 p.m. Saturday and the venue opens at 4:30 p.m.

There’s not a more fitting local band to celebrate ski bum culture in the Tetons. Led by Peter “Chanman” Chandler, Chanman Roots Band is a nine-piece reggae band delivering originals, classic reggae covers from Bob Marley, Steel Pulse, and Toots and the Maytals as well as contemporary artists like SOJA and Damion Marley. Get down to songs like “Skis, Boots, Poles” and “Ski When it’s Time.” They’ll perform at 3 p.m Sunday Under the Tram.

All Rendezvous Fest shows are free and all-ages. More information at JacksonHole.com.