JACKSON, WY— Jackson Hole Mountain Resort announced the 2018 lineup for the 5th Annual Jackson Hole Rendezvous Festival this morning. The headliner for the festival, March 15-18, is a Jackson newcomer: Grammy-nominated Portugal. The Man. And this year, all events are free for general admission audiences.

Also new this year is College Rendezvous weekend. From March 8-11, bands will take the stage below the Aerial Tram—also free.

“We are thrilled to announce this lineup for Rendezvous this year,” said JHMR Chief Marketing Officer Adam Sutner.

Going back to the free concert model is the right thing to do for our guests, and we’ve been able to develop an appealing and eclectic program of concerts now spanning two different weekends.

Portugal. The Man will perform in Teton Village on Saturday, March 17.

Jackson favorite Michael Franti and Spearhead will also be back for third year on the Rendezvous stage, this time opening for Portugal. The Man.

The Teton Village venue will open at 3:00pm for après ski festivities.  Michael Franti first takes the stage around 5:30 pm, with Portugal.  The Man taking the stage around 6:30 pm. This night of celebration will be topped off by an annual fireworks display.

The Friday, March 16 Town Square show will feature the genre-defying Mavericks with opening act Frankie Ballard.  The afternoons of Thursday, March 15th and Sunday, March 18th will feature “Music under the Tram” in front of the Aerial Tram with local Jackson favorites Major Zephyr and Chanman Roots Band. General Admission is free of charge for all concerts, and VIP tickets with food and beverages amenities to the Friday and Saturday shows can be purchased online.

College Rendezvous, the weekend before Rendezvous, will host four nights of free après ski concerts with Music under the Tram running March 8th through March 11th, in addition to other free music venues in and around town. In addition to the concerts and fun on-snow events, College Rendezvous is bringing tremendous value to college students by offering full time students a $199 three-day lift ticket, valid March 8–15, as well as a special College Golden ticket product with single day window pricing at 40% off.

Jackson Hole continues to famously deliver legendary powder snow, 4,136 continuous vertical feet, 2500 acres of the best beginner, intermediate and expert skiing and snowboarding and a genuine “Last of the Old West” atmosphere. Neighboring the legacy U.S National Parks of Yellowstone and Grand Teton and operating in Bridger Teton National Forest, there is no more spectacular setting for a destination resort in the world.  Now with twelve nonstop cities (and hundreds of international connections) flying to the newly expanded airport, Jackson Hole is one of the most easily accessed destination resorts in the Rockies. For route maps, ski packages, web cams, videos and more please visit jacksonhole.com or facebook.com/jacksonhole, www.jacksonhole.com

About Portugal. The Man 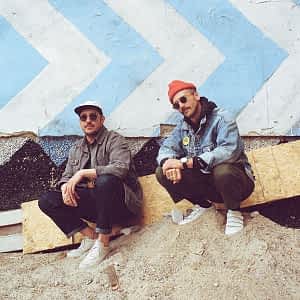 Portland band Portugal. The Man had an incredible 2017, largely due to the runaway success of their inescapable, multi-platinum hit single “Feel It Still,” which was undoubtedly one of the biggest songs of the year. Off the band’s eighth album Woodstock, the funky, retro-leaning track has hit number one on several Billboard charts — including a record breaking 20-week stint atop the Alternative Songs chart. The tune also earned them their first Grammy nod, for Best Pop Duo/Group Performance.

Earlier this year, the band sat down with Atlantic Records President of A&R Pete Ganbarg and Woodstock co-creator Michael Lang to discuss their album Woodstock, which takes its name from the venerable music festival. They share anecdotes about the longstanding influence of the festival on both their own album and on today’s musical culture, as well as a little background into how album tracks like “Feel It Still” came to be. “Writing really great songs with a message is what’s so amazing,” the band’s John Gourley says. “That just kills me. That should still be happening today. There should be more of that. And I’m excited to see what happens now. I feel like artists need to step up and speak out.” 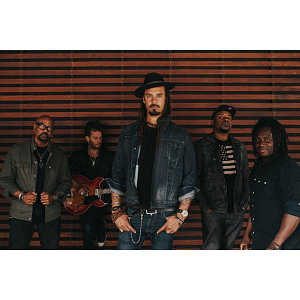 Michael Franti is a musician, humanitarian, and filmmaker who is recognized as a pioneering force in the music industry. Franti believes in using music as a vehicle for positive change and is revered for his his energy live shows, inspiring music, and worldwide philanthropy efforts. Once an outlier in his message of positivity minded political consciousness, Franti has found that message gaining momentum in the mainstream in recent years, a phenomenon that compelled him to push his artistry even further, stating “I feel a deeper sense of purpose in music today than I ever have in my career. My goal is to make the most inspiring music I possibly can for this intense, crazy and wonderful time we’re all living in.” He is currently writing and recording his  10th studio album with A list producers which is due out in 2018. 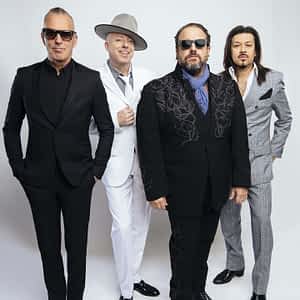 The genre-defying Mavericks are declaring their independence and stepping out on their own with Brand New Day, the first studio album released on Mono Mundo Recordings, the label they founded in 2016. Brand New Day is the follow-up to the widely praised albums Mono (2015) and In Time (2013).

Flashing the same exhilarating, beyond-category style that has defined the Mavericks, the new album introduces a collection of taut, energetic, economical songs sure to be embraced by both original fans of their top-10 albums and hit singles of the ‘90s and a new generation of listeners who have joined the party since their triumphant 2012 reunion. It is the mature and timely work of an exciting and underestimated American band that has embraced its own destiny. 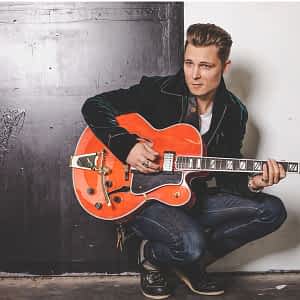 Country- blues-rocker Frankie Ballard released his latest album El Rio (Warner Nashville) to critical acclaim and was selected by Rolling Stone as one of the 25 Best Country and Americana albums of 2016 and The Tennessean as one of the best 16 Nashville albums of 2016.   The singer songwriter has had three #1 country hits to date and boasts Spotify streams in excess of 2.2 million.  With a combined album sales of over 450,000 to date with over 150 million total streams across all streaming platforms, Ballard continues to lead the lead country music mixing an American heartland rock sound with traditional country and blues.

Jackson Hole Mountain Resort has the longest continuous vertical rise of any ski area in the US, rising 4,139 feet from the valley floor to the top of Rendezvous Mountain!