This is a rare editorial from CEO Jason Kintzler and the team at Pitchengine. We love our state and are passionate about seeing it prosper. So, we did this…

When it comes to talk of Wyoming’s economy, it feels like we’re still in the 1990’s.  That statement will likely offend a lot of people, but in a way, it’s meant to. A few months ago, Governor Matt Mead said he wanted “bold ideas.”  We presented our ideas to leaders in the state’s economic diversity efforts with little to no response. So, we’re sharing with the people that matter most — our friends and neighbors. As they say, to make an omelet, you’ve got to break a few eggs.

I’ve been doing business for myself for 10 years now in an industry Wyoming isn’t really set up for. The perception of technology here, for the most part, is related to generic discussions around “broadband” and “data storage.” These are real things, but they’re only a small piece of the discussion. Unless we’re going to build the machines that will power the coming era of automation, we’re already far behind where we should be with technology. We can train people to code (become computer programmers), which we did when we launched the first such initiative in the state called, Code Wyoming back in 2013-14.  It was a learning experience, but in the end, just like with our four-year graduates of the University of Wyoming — we train them and they leave, because there are almost no opportunities here.

We’ve created some viable businesses virtually out of thin air. Pitchengine is a software company born out of a napkin sketch. County 10, Buckrail and the six other community news streams we launched across the state (and eventually sold to local owners) did something that had never been done. My point here is, we’re not just throwing ideas at the wall. We have a way to not only diversify Wyoming’s economy, but to actually move the needle. And, we can do it without spending significant amounts of money and leveraging our state’s biggest assets.

So, here at Pitchengine, we’ve contemplated these challenges for many years. What can turn Wyoming’s tide? How will a state like ours survive in the future when “our” industries (oil and gas, manufacturing, retail) have come and gone.  Don’t get me wrong, we love what we have and support it 100%. We’re not anti-development or anti-O&G. My grandfather and father worked in the gas industry for many years and it’s been the lifeblood of all the advantages we have as a state. The problem is, times are changing at a pace no one has seen before — this isn’t one of those “ups and downs” scenarios the old guys at the coffee shops talk about.

So, we set out to shed some light on the coming economy and give our perspective on where Wyoming can create opportunities to be a player in this new age. It’s not perfect, and it’s really just scratching the surface, but we hope you’ll spend a few minutes to absorb and consider what it means. We love this state and its people.

Currently, as a state, Wyoming focuses on buildings and infrastructure and business recruitment as economic drivers.

Building and Infrastructure
If you need to build a building, we’re good at helping. Our economic incentives (again, from the 90s) are designed to incentivise new construction. This was good when companies were building physical products or offering services in industries like oil and gas. There are still a few, but how many buildings sit vacant in our state’s communities? Why are we pushing for more to be built? 74% of millennials visit their bank once or fewer times a month, yet those are some of the largest buildings in our towns. 33% believe they won’t need a bank in 5 years.

Today, across the country, businesses are creating businesses with fewer fixed assets. Airbnb is one of the largest players in the hotel industry and they don’t own a single hotel room. Uber, valued at $68B doesn’t own a single taxi.

The top 5 largest corporations in 2006 (some of them we relied on here in Wyoming) were Exxon, GE, Shell, Microsoft and Citigroup. In 2016, those have mostly been replaced by: Apple, Alphabet (Google), Microsoft, Amazon and Facebook. All are tech and require far less fixed assets than those companies/industries that are shrinking. As a state, we need to shift gears. 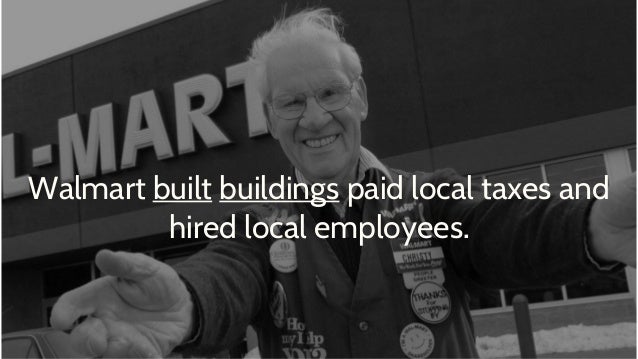 Retail
Remember when Walmart was the “Main Street business killer?” I always had a problem with this mentality, personally, because businesses like these were still drivers of the local economy. They built buildings and hired local employees. Now, however, Walmart is the next business being killed. A significant portion of Wyoming’s retail market share is being exported to Amazon — with no buildings and no employees in Wyoming. So tax them you say? Sure, we can tax them and based on projections, the state should see $23M-$46M in annual sales tax revenue from Amazon. That’s good, but that means Wyoming will lose $1B in retail business next year alone. And, that’s just going to grow.

Business Recruitment
Having no corporate income taxes or gross receipts taxes is a plus, but it’s nowhere near enough to compel someone to move a company (or an industry) here. Our advantages are independence and wide open spaces, not corporate-mindedness.

What is it? A labor market characterized by the prevalence of short-term contracts or freelance work as opposed to permanent jobs. According to Forbes, by 2020, 50% of the U.S. workforce will be freelancers. That’s a huge number and it’s only three years away. Seem crazy? It’s not when you consider than right now, it’s already 34% of our workforce.

This isn’t a stretch, it’s obvious. Look around you. Ask ten of your friends what they do and I’ll wager that most of them — maybe 7 out of 10 — have a “side hustle” or their own independent business already. If they don’t, then their spouse probably does.

The Remote Employee
3.7M employees now work from home at least half of the time. This is because of the changing demographics of our country and its workforce. Millennials don’t want jobs, they want lives. They see a bigger picture leveraged by technology. They can add meaningful value from anywhere at anytime. Millennials “Buy experiences, not things.” As a product of Generation X, this is a hard concept to get my head around, but if you can relate, it’s not hard to conceptualize where we’re failing with our economic policies.  But, we don’t need policies because we have other natural abilities as a state.

Wyoming IS experiences. Take a look through Instagram using the hashtag “#wyoming” and you’ll see what I mean. people come here for something they just can’t get in other places. there’s a freedom and an independence here that is simply unmatched.

The workforce of the future requires things we can provide:

So, if we have these things, why aren’t people coming here to live and join the Gig Economy?

Well, that’s because there is: What we are; and what we say we are. We need to change the perception of what we are. 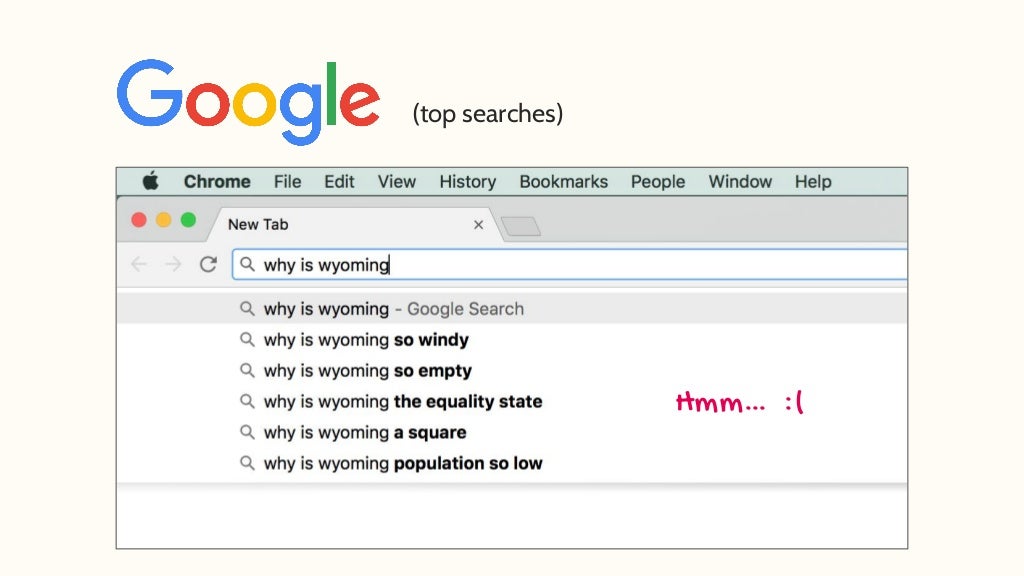 We spend a lot of money on tourism every year, but none of it is focused on retention. What if we didn’t just get them to visit, but when they arrived, we showed them how to stay?
We would sell our best attributes: 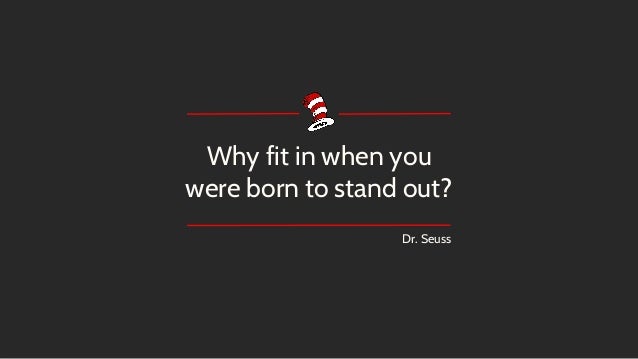 So where do you go from here? How do we capitalize on what’s happening? We have a hundred ways, literally about a hundred ways for us to move in this direction. It requires us to clearly identify who and what we are. Only then can we begin to explain why to people who haven’t experienced Wyoming, yet.

What kinds of Wyoming jobs are already gig based? (Tech and initiative can enable these to scale)

We need to match our advantages to the coming opportunities. Then, we need to align our state’s resources. We have a strong University and Community College system, but they’re training people for industries our state no longer has. So, our most promising and educated people are leaving. Because we’re a small state in terms of population, we have a laundry list of business resources like the Wyoming Business Council, SBDC, Wyoming Entrepreneur, Workforce Services and more that are ready top help, but they’re not armed with or focused on the tools or the knowledge required for the gig economy and its workforce.

In terms of models, this isn’t a big risk, but it is a rethink. Wyoming can afford to take some risks and we should be thinking like a startup, a nimble small business in a sea of “state corporations” like California and Colorado. It’s in our DNA to be risky, scrappy and independent. I’m tired of hearing what other states have done. We’re unlike any of those states. We should take risks and stand out. We should be “bold” and do things the things that no one else will because that’s the kind of people we are.

Here’s the deck we prepared for ENDOW:

An Untapped Economic Opportunity for Wyoming

I’d love to here your take on this or help give it all some context whether you’re in politics, education or business: jk@pitchengine.com

The Associated Press   6 hours ago