JACKSON, WY — Sports commonly bring people together across cultures, languages, and geography. And it was a sport, Kok-Boru, that unified people from the Kyrgyz Republic (Kyrgyzstan) and little ol’ Wyoming.

A group of Wyomingites now known as the “Nomad Cowboys” traveled to Kyrgyzstan and Kazakhstan to train and compete in the World Expo games last year, and some of them formed the U.S. KokBoru Federation. This Thursday, April 18, three Nomad Cowboys will share stories, photos, and film clips from their time abroad.

Creed Garnick, Scotty Zimmerman, and Garret Edington will all take part in the free panel discussion at the Jackson Hole Playhouse. They will share their experiences playing ‘Kok Boru’ in the World Expo games in Kazakhstan but more importantly, the group, which includes members of the US Kokboru Federation, will talk about what it was like to train for the event while in Kyrgyzstan.

They will be joined by a delegation from Kyrgyzstan who are invited guests of the U .S. Department of State and have traveled to Teton County to learn more about youth engagement as part of Global Ties Wyoming’s citizen diplomacy initiative.

Rebecca Bextel will moderate the panel discussion on behalf of Global Ties Wyoming, an organization that hosts emerging world leaders on behalf of the United States Department of State. International visitors participate in specific programs such as sustainability, NGO Management, and eco-tourism while promoting the ultimate goal of citizen diplomacy.

The talk is Thursday, April 18 at 6 p.m. at the Jackson Hole Playhouse. 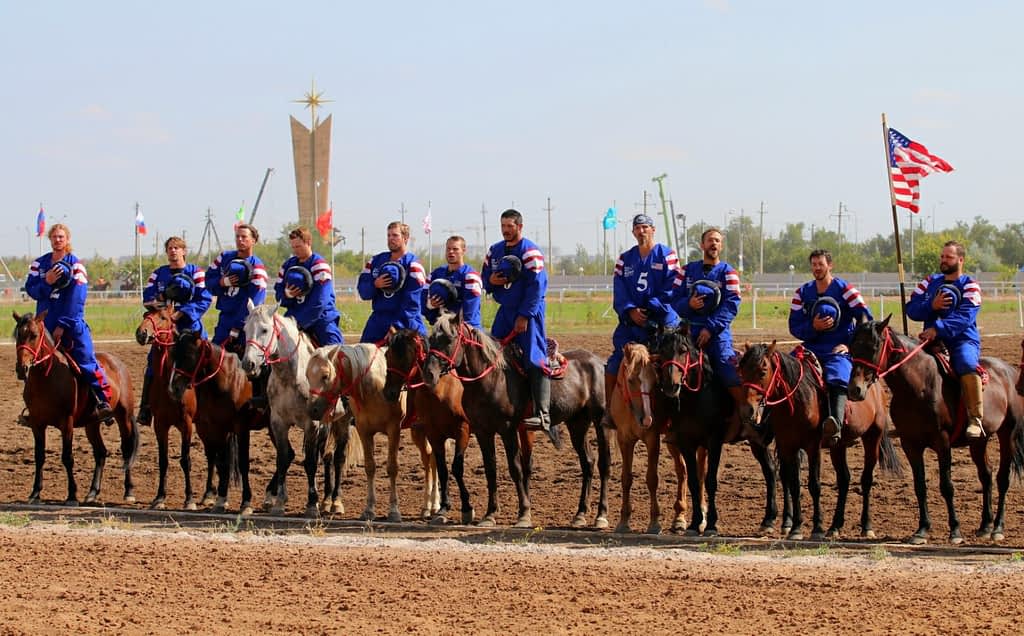