Gabrielle Petito of Blue Point, New York, was reported missing to the Suffolk County Police Department by her family on Sept. 11 at approximately 6:55 p.m. According to the family, they were last in contact with her during the last week of August.

Prior to the last communication, Petito is believed to have been in Grand Teton National Park in Wyoming.

Petito had been traveling cross-country with her fiancé in a white, 2012 Ford Transit since July 2. Suffolk County Police Department received confirmation that she is no longer traveling in the van. Her fiancé, Brian Laundrie, came back from their trip alone. He has since hired an attorney and has refused to cooperate with investigators or speak publicly about what happened, according to Petito’s family.

Petito is white, approximately 5 feet 5 inches tall and 110 pounds. She has blonde hair and blue eyes, and several tattoos, including one on her finger and one on her forearm that reads “let it be.”

Suffolk detectives are asking anyone with information on Petito’s disappearance to contact Crime Stoppers at 1-800-220-TIPS. 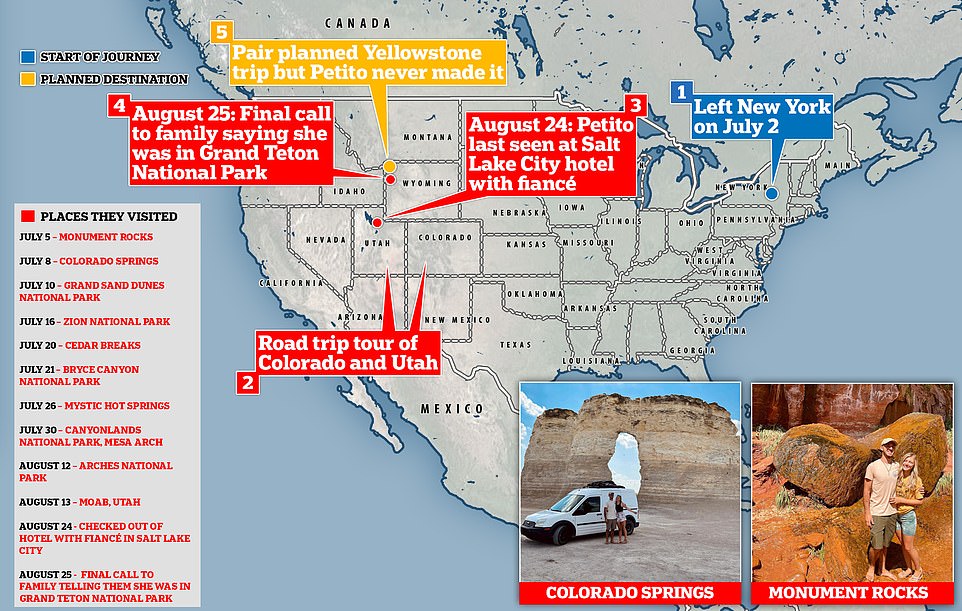 Caroline Chapman is a Community News Reporter. She enjoys reading non-fiction, skiing, hiking, and playing piano in her downtime. Her favorite aspect about living in Jackson is the genuine admiration that Wyomingites share for the land and the life that it sustains.