JACKSON, Wyo. — Why has the myth of Butch Cassidy lasted 135 years? Historians argue whether or not Butch Cassidy’s life was a myth or a legend. According to Google Dictionary, the difference between myths and legends is this: a myth is a traditional story that concerns the early history of people and who are idolized; whereas, a legend is a notorious person who is famous because of their past actions. The events of Butch Cassidy’s outlaw life are both real and mythical. Some of the more notable events are:

Butch Cassidy was a role model to some and a criminal to others, and that is why details of his personal life are first in the essay. Much of the information in this paragraph is about Butch Cassidy’s life before the crime. Robert LeRoy Parker (aka Butch Cassidy) was a normal teenager before he met his mentor, Mike Cassidy, a cattle rustler, and outlaw. After this point in time, Parker’s life started morphing into who is now known as Butch Cassidy.

He was born to Anne Gillies and Maximillian Parker in Beaver, Utah on April 13, 1866. He was a Mormon and one of 13 kids; however, his family was not typical Mormans. As a younger man, he worked as a butcher. In his early days, Butch Cassidy played the harmonica. Before Butch was about to leave his hometown, he said to his mom, “There is no excitement around here. I am not a kid anymore. I gotta be thinking about my future!” (Mears, August 2019) He left home at 18 with Mike Cassidy and then changed his name from Robert LeRoy Parker to Butch Cassidy. He was nicknamed “Butch” because he was a butcher and “Cassidy” after his mentor. He changed his name so he would not attach his name to his family. Before Butch Cassidy became an outlaw, the facts about his early life were not embellished as they were later in his life of crime. Because Butch Cassidy was now a criminal, it was only a matter of time before he started and lead the famous Wild Bunch Gang.

There were eleven members of the Wild Bunch Gang: Elzy Lay, The Sundance Kid, Tall Texan Kilpatrick, News Carver, Camila Hanks, Laura Bullion, Flat Nose Curry, Kid Curry Logan, Bob Meeks, Matt Warner, and Butch’s brother, Dan Parker (O’Reilly 260). It was called The Wild Bunch Gang because of how lavishly they spent their money after they robbed a train or a bank. After one of the robberies, a reporter commented how polite the gang members were. This was unusual because usually, robbers are stereotyped as sneaky, not polite because they have broken the law (268). The Wild Bunch leader, Butch Cassidy, was said to be non-violent and did not like bloodshed if it could be avoided. The gang ended after the bandits: Sundance, Kid Curry Logan, and Flat Nose Currie were caught in a gunfight, which resulted in the death of a sheriff. Shortly after, the 3 members escaped to Hole-in-the-Wall. (270). Some of the gang’s actions might have been embellished, and it is this exaggeration that might make people who read about Butch Cassidy think that it is a legend or a myth instead of history. The Wild Bunch Gang pulled off many robberies and crimes. Below are just a few of the more famous ones.

The Wild Bunch was most famous for money and bank robberies. The leader of The Wild Bunch, Butch Cassidy did his first bank job in 1889. Directly after Butch’s first bank job, the gang pulled off the largest string of bank robberies from 1889-1900. They stole a total of $2.5 million in today’s currency and $79,872 in 19th-century currency over 11 years. The wild bunch stole $32,000 from First National Bank of Winnemucca, NV, and got away with it. In today’s value that would be $1,021, 632 (261). Elzy, Bob, and Butch robbed a bank in In Montepellier, ID. The officer guarding the bank only earned $10/month. He did not have a gun or a horse, so when the bank was robbed, he had to chase the robbers on his bike!

Pinkerton’s National Detective Agency was offering a $4,000 ($125,000 in today’s currency) reward. The Union Bank offered an $18,000 ($563,400 today’s currency) bounty to “catch the bandits” (270). The amounts of money stolen might have been exaggerated to show people how ruthless the gang was and how they didn’t care about stealing the money of others. The facts might not be 100% accurate, and this makes some of the accounts more myth-like than historically accurate. Train robberies were also part of Butch Cassidy’s criminal past.

Another “hobby” of the Wild Bunch Gang was robbing trains. Their first train robbery was out of Grand Junction, Colorado where they collected $140 ($4,413 in today’s currency) and then rode away. The gang got the Denver and RioGrande express to stop by building a stone barrier. The man who was guarding the safe claimed he did not have the combination. Bill McCarthy pulled out his gun and said to the guard, “Should we kill him” (263)? After a pause, Butch suggested that they vote on whether or not to kill the guard. Butch persuaded the bandits to leave the guard unharmed.

The gang did all their robberies in Wyoming, South Dakota, Utah, and Colorado. Butch tried to make a deal with the railroad that he would be a train robbery consultant if they would not capture him and put him in prison. But the deal ended when the Wild Bunch robbed another train after discussion of the deal (268). On one of their train heists, they tried to blow open the part of the train that had the money in it, but no one knew how to use dynamite. They used too much dynamite and the was that it blew up some of the money (268). Some of the quotes stated above are hard to fully prove whether or not the gang said, “should we kill him?” and then a vote afterward. Are they true, or just part of the Butch Cassidy myth? Because of the train robberies, a few detective agencies caught on. One of those agencies was the Pinkerton Agency.
Even though Pinkerton had tracked down the gang one by one, it is unclear whether or not Butch Cassidy was ever found and killed. There are so many different stories about Butch Cassidy’s death, and none are 100% proven. Pinkerton was a private security guard/protection agency established in the USA established by Alan Pinkerton himself in the 1850s. They were motivated by fame and wanted their captures to go down in history. The Pinkerton company was the first company to bring in “fingerprints, mugshots, and undercover agents” to track outlaws (271). They tracked and sentenced The Wild Bunch gang members: Lonnie Logan, Kid Curry’s brother, and Bob Lee to 10 years in prison (271).

Pinkerton tracked down where Sundance was because they intercepted letters he was writing to his family. Butch and Sundance killed a Pinkerton agent and buried the body in Sundance’sgirlfriend’s backyard. Then the body was dug up by her dog during a dinner party. Pinkerton was able to track down Lonny Logan and Bob Lee by tracing stained and scorched banknotes.” In fact, the Pinkerton agency was the only true, national law-enforcement operation; by the 1870s, there were more Pickerton men than there were soldiers in the army” (271). Pinkerton found Logan in a farmhouse and when he attempted to escape, they shot him dead. The documentation that came from the agents helped lend truth to the myth and legend of Butch Cassidy. Because there were so many facts about Kid Curry, a Wild Bunch member, he is highlighted below.

Kid Curry was arguably one of the most notable and interesting Wild Bunch members. The Anaconda Standard said he liked to dress flashy! He took chances. He was reckless and careless, took desperate chances, and was a dead shot with a revolver and rifle. Two years later, Pinkerton caught Kid Curry and sentenced him to 20-130 years of prison, but he escaped less than a year later (272). In 1904, Kid Curry was wounded in a shoot-out and he said, “I’m hit! Don’t wait for me, boys. I’m all in. Good-bye!” He then committed suicide (272). Kid Curry’s actions didn’t help or hurt the myth of Butch Cassidy. It was just interesting! 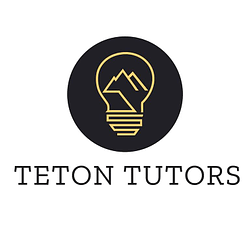 LJ wrote this article as part of a writing workshop with Teton Tutors. LJ is a rising 8th grader that enjoys lacrosse, skiing, hiking and hanging out with her friends. She really likes a good mystery novel with lots of twists and turns! Two nonfiction books she recently read and enjoyed were When You Reach Me and The Thing About Jellyfish.