CHEYENNE, Wyo. — The Mullen Fire shows no sign of abating anytime soon as it has grown to 96,757 acres, fueled by beetle-killed pine, bone-dry understory, and whipped ever eastward by the relentless winds the area is known for.

Michael Haydon, ICT2, of the Rocky Mountain Area Blue Team, has assumed command of the fire. He has 887 on the incident with him working mostly on defending homes in and near the fire footprint, as more help continues to arrive.

Firefighters worked through the night to aggressively defend structures as an inversion has helped to ‘sit’ the wildfire down in the evenings the past two nights, but by noon, the winds pick up.

Fire activity increased early in the day yesterday and is expected to be active today. On the west side, crews are working to slow fire progression along the North Platte River. A fleet of 20 aerial resources has been critical in cooling the fire’s edge and assisting with structure protection.

In addition to focusing on structure protection in multiple communities, firefighters are working to limit growth of the fire in key areas such as Albany, Sheep Mountain, Highway 230 near Woods Landing, Foxborough, Fox Park, Rob Roy, and the southwestern corner of the fire near Six Mile Campground. Fire managers are strategically shifting resources between divisions as needed to respond to changing conditions. The fire continues to be wind and fuels-driven and is expected to move to the south to the Colorado border.

Additional engines and other support staff are arriving, and getting reassigned to the Mullen Fire after being released from other incidents. Over 100 new personnel have been added to the operational resources.

Albany County Sheriff’s Office has made contact with 38 property owners who experienced loss of property. In all, 29 dwellings and 31 outbuildings were lost. If there is further damage to private property as the fire progresses, additional assessments and notifications will be made.

The Mullen Fire became active early today. Most fire activity is now occurring along the area of the Pelton Creek Campground. As expected, the fire is pushing southeast along both sides of the 898 Road, approaching the Wyoming-Colorado state line. Ground firefighters assigned to the communities south of the fire continue to focus on structure protection efforts, supported by a large fleet of aircraft.

It’s going to be a long week

Thursday through Saturday weather looks continued warm, dry, and breezy conditions with no chance of precipitation. Winds will vary by day but mostly northwesterly in the afternoon and light/terrain driver in the overnights and mornings.

Spread potential in the next 24 hours is high. Firefighters are expecting active burning as fire consumes dead and down fuels. Predicted winds will be out of the north and northwest.

Significant fire spread is expected Friday as winds up to 25 mph out of the northwest are forecasted.

Investigation continues as to the start of the fire. The Mullen Fire is a full suppression fire. Firefighting resources will engage in fire where there is the highest probability of success. Previous mitigation projects in the fire area will allow firefighters to access the fire perimeter more aggressively. 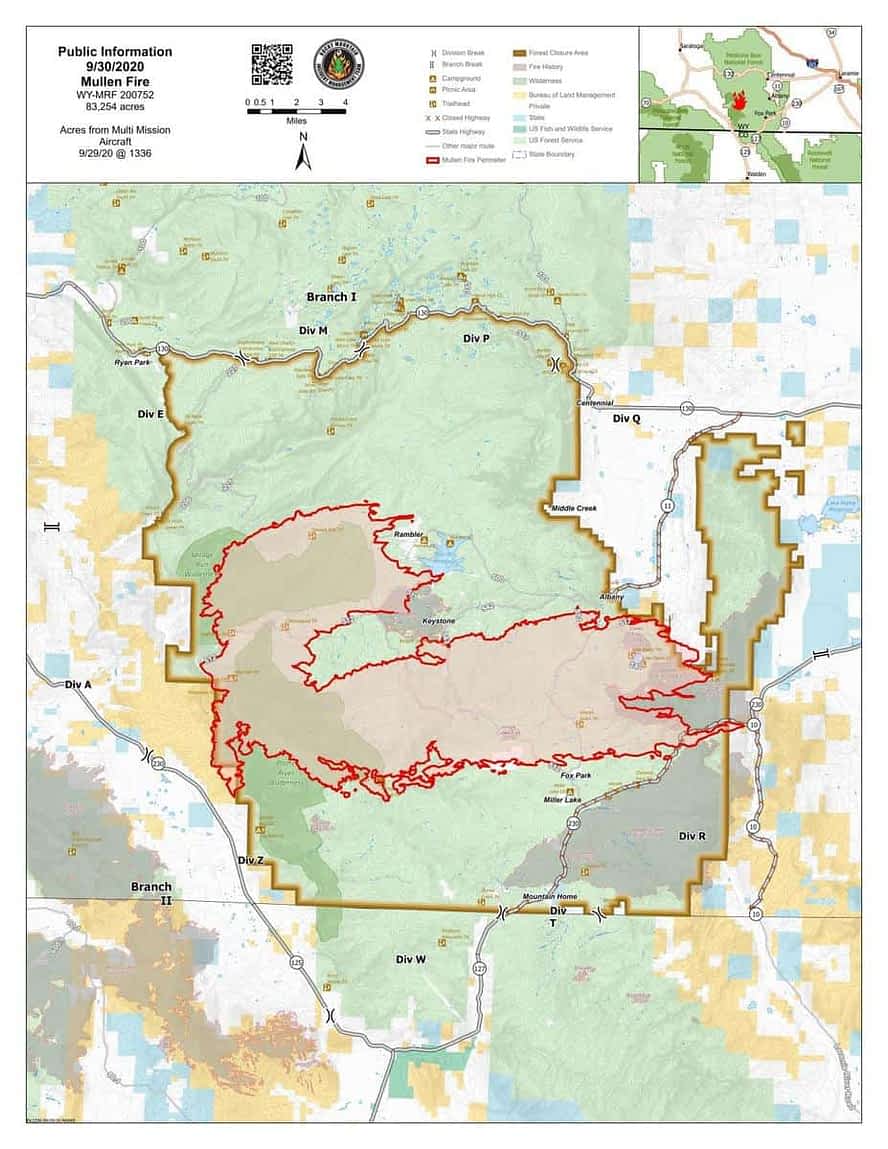