Brew a pot of coffee in the morning. Savor the aroma. Wake yourself up. Become more aware.

Now you can derive extraordinary satisfaction, sip by sip, when you realize that you’re helping to preserve an African equivalent of Yellowstone, supporting education for girls, and saving some of the most iconic wildlife species on the planet.

If that’s a proposition that sounds too good to be true, think again.

The launch of Gorongosa brand coffee, which has a deep human connection to Greater Yellowstone, allows each of us, with every tip of our mug, to literally change the trajectory of conservation in a place viewed as a global bellwether for wildlife survival.

Do you care about elephants and lions? Interested in creating more space for rhinos, giraffe, cheetahs and leopards? 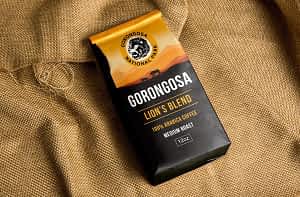 This week at the international Jackson Hole Wildlife Film Festival—now known as Jackson Wild—Gorongosa roasted coffee is making its debut in America, courtesy of eco-philanthropist-humanitarian Greg Carr—the Idaho Falls resident who has had a John Muir-like presence in helping to revive hope for preserving wildness in the “the new Serengeti of the African South.”

Gorongosa National Park in post-colonial Mozambique is literally and, we must say, spectacularly, rising from the ashes of a civil war that resulted in the decimation of wildlife and local communities. Today, it is viewed as a beacon for how a nation can be rebuilt based on four main pillars all related to landscape restoration.

Those pillars are: local ownership in important grassroots conservation decisions; solidifying the connection between healthy environments and healthy economies; recognizing the importance of education and ecological literacy, and celebrating the indomitable role of women as catalysts in achieving a better world.

Right now in Gorongosa a miracle of re-wilding is underway and each of us can make a contribution. How? Order your bag of Gorongosa coffee right now. Don’t just buy one; purchase several; give them away as gifts to friends and have them tell their friends. By turning Gorongosa coffee into a viral sensation, those of us concerned about the plight of nature can vote with our wallets in a way that delivers rewards to the taste buds.

This isn’t a gimmick. There’s a lot at stake.

Consider: Just 10 years ago, there were only an estimated 10,000 large mammals left in Gorongosa, following violence that resulted in toppled forests, landmines killing and maiming people and animals, entire landscapes blighted and bleak prospects for the future.

Today, with Gorongosa is in the early stages recovery mode, wildlife numbers have rebounded to 100,000. Mozambique has one of the only growing elephant herds in Africa, tourism is bringing in much-needed cash, and “the Gorongosa Way” is creating a model for the rest of the continent, says Matthew Jordan, reached via skype in Gorongosa this week.

“One thing that’s hard for Americans and Europeans to understand is the amount of shocks that smaller Mozambican farmers, their families and communities have been subjected to,” he said “I’ve lived here five years. The country has been through two violent armed conflicts, a cyclone, droughts, flooding conditions, currency devalued in half, and plagues of insects that have destroyed all the crops and that’s just in half a decade.”

Jordan added, “We see the devastation that has happened with fires in California and flooding in the Midwest. Now imagine events hitting one group of people who are among the poorest in the world with a globally important nature preserve nearby.”

This is where we come in. Growing the market for Gorongosa coffee is a cornerstone for novel efforts to restore the rainforest on the slopes of Mount Gorongosa where hundreds of species live. If successful, it will demonstrate how sustainable agro-forestry can both aid people living on the edge of the park and yield environmental dividends.

Profits will be poured back into conservation, building schools for thousands of kids with an emphasis on girls’ education, and training new generations of young people to be environmental stewards and business entrepreneurs. It will also create jobs and entice guerilla fighters to lay down their arms.

In just a decade, Gorongosa has become one of the biggest employers and jobs there are coveted.

What Carr and his colleagues know is this: when you educate girls, it changes the prospects of entire villages, provinces and nations. It elevates people out of poverty, results in fewer children being born, yields better environmental conditions, promotes respect for gender equality and bolsters the chances that democracy can endure.

“Our coffee program is really about achieving a triple win,” Jordan said. “People benefit, conservation benefits, and our supporters get a great cup of coffee.”

Vote for conservation, hope and rally behind the greatest wildlife restoration story in Africa by ordering your Gorongosa coffee at: https://www.gorongosacoffee.com/ 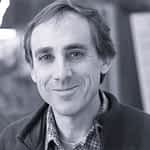