Hotel guests say they were awoken by alarms and lights blaring inside their rooms. George Platt woke his wife, Joanne in room 305 and told her to “put on your mink” and get out. Aside from pajamas, her mink coat was all Joanne had on, and likely all that remains of the possessions she brought with her to Jackson to celebrate her birthday.

The fire seemed to have started on the outside hot tub deck, said hotel owner Brandon Harrison.

Only six guests were booked at the Rusty Parrot Monday night, and one hadn’t checked in. All five guests who were checked in made it out safely. Several stood outside the burning building in bathrobes and bare feet.

Flames appeared to have slowed though there was still “heavy smoke” engulfing the building. Then, at around 1 a.m. Tuesday, the flames found a new life and could no longer be stopped.

ORIGINAL: Jackson Hole Fire/EMS is responding to a structure fire at the Rusty Parrot Lodge. The call came at around 11:30 p.m. Monday.

Buckrail has received several photos and reports of flames in the lodge. Several units are responding.

This is a developing story. We will update as we learn more. 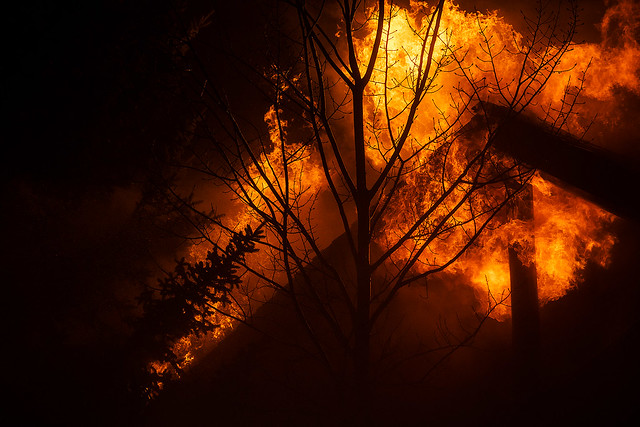