UPDATE 1:13 p.m., April 19: WYDOT has canceled the notification for the crash.

JACKSON, Wyo. — A crash is currently causing delays on Teton Pass according to the Wyoming Department of Transportation (WYDOT).

The crash occurred near milepost 12 between Jackson and the Idaho state line. WYDOT says to be prepared to stop, and expect delays. 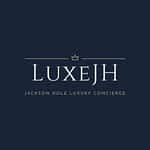