JACKSON HOLE, WYO – A few hardy pioneers were not deterred by the endless bitter cold they encountered upon arrival. They didn’t shy away from hard work…or hard play. They lived, loved, and above all persevered. And a select few made their mark on this valley for as long as their memories remain.

Born September 20, 1920 in Chicago, Illinois, to Webb and Jane Howard, Betty was the embodiment of the modern renaissance woman from an early age. Her family lineage traced back to the Revolutionary War, and the spirit of independence and daring seemed to run in her blood. The daughter of a railroad man, Betty traveled much of the country as a teenager and into her mid-20s at a time when women were largely expected to assume household responsibilities.

Betty’s passion for the outdoors grew out of summers spent in northern Wisconsin with the Girl Scouts. Through those experiences she made a lifelong friend, Esther Stevens Craighead. The two embarked on several canoe trips in Canada and the upper-Midwest, and their friendship would eventually draw Betty to Jackson Hole, Wyoming.

After completing a degree in Business Administration from a local junior college, Betty began working for Shell Oil in Texas. Later, she returned to Chicago for a stint as a stenographer. Eventually, Betty once again set out across country—this time to visit Craighead, who had settled in Jackson with her husband not long before. Betty arrived at the height of winter: January 1, 1946. 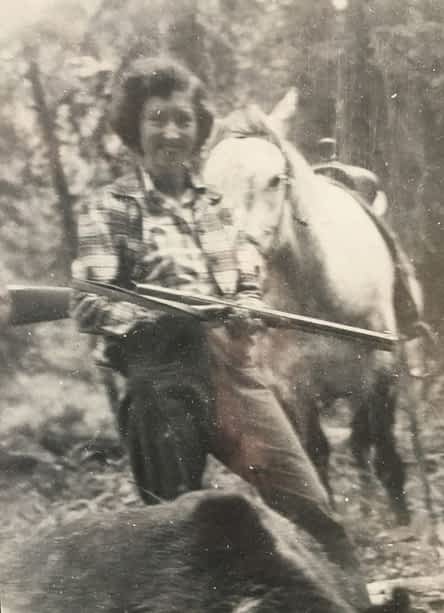 While the valley’s frigid conditions might have been enough to deter many an early visitor, Betty dove in headlong. She immediately began working for Bob and Fran Carmichael to run their fishing business and general store in Moose, filling in as well at the local post office. In their free time, she and the Craighead sisters enjoyed cross-country skiing, exploring the neighboring parks and birdwatching—activities Betty would enjoy throughout her life.

In the summer of 1946, Betty met Walter Feuz—a young rancher freshly returned from service in World War II, whose parents, immigrants from Switzerland, had homesteaded on Spread Creek in 1910. Theirs was a story that has become not uncommon to Jackson Hole: Girl meets local man, falls in love, ends up starting a life here. After a summer courtship, Betty and Walter were married in the fall.

Walt had purchased a plot of land in Buffalo Valley with his brother Emil after returning from war. Walt and Betty soon grew the humble acreage into the Diamond Cross Ranch, one of the area’s earliest cattle operations. It was a tough living. But Walt and Betty were determined in their resolve. Together the two passed on the ranching tradition to their four daughters—Jane, Marti, Chris and Joanne—all trailblazers on their own merit. That legacy has now been handed down three generations.

An avid reader (which may owe to her extended genealogy to Noah Webster) Betty oversaw the ranch’s bookkeeping, in addition to her responsibilities as mother and cook for the ranch’s many summer hands. In her rare free time, Betty enjoyed hiking in the Tetons, hunting for morels in the valley’s river bottoms, and pack-tripping with her family. When Walt died in 1993, Betty passed the day-to-day activities of the ranch to her daughters, which allowed her to travel more—including several international trips, many with her children and grandchildren.

Throughout her life, Betty drew strength from her faith in Christ—a devotion she instilled in her family. “I realize this all took place with the help of God,” she wrote. “I have felt His love through my life in little things as well as big things.” She helped start a Sunday church service in Moran and lent her passion for books to the Moran School Board and later the Library Board.

Throughout her life, Betty was a voice of discernment, a pillar of strength and a shoulder of comfort to all who knew her. She will be deeply missed by her family and everyone fortunate enough to call her a friend. But heaven is a better place with her there.

A memorial service will be held on Tuesday, November 21, 11:00 am, at River Crossing Church in Rafter J, officiated by Pastor Mike Atkins. Burial to ensue immediately after at South Park Cemetery. In lieu of flowers, the family asks that interested individuals make a donation to the Jackson Hole Senior Center. 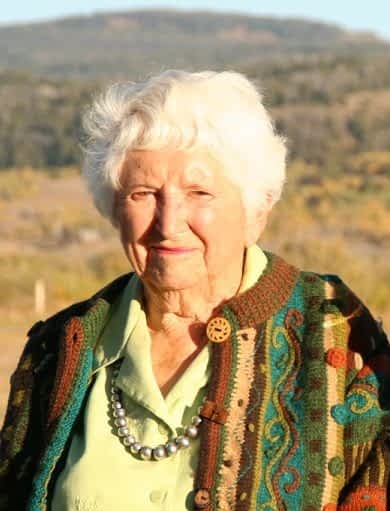