In early spring and into mid-summer nearly every hillside and sagebrush flat in the Valley is covered in a rainbow of flowers. Pink, purple, white, blue, and bursts of red make each outing feel like a surprise party, complete with all-natural confetti. Photo: Nick Sulzer // Buckrail

JACKSON, Wyo. — From Snow King to Death Canyon to the top of the Tram, a few minutes on the trail will expose any hiker to a wide variety of wildflowers.

In early spring and into mid-summer nearly every hillside and sagebrush flat in the Valley is covered in a rainbow of flowers. Pink, purple, white, blue, and bursts of red make each outing feel like a surprise party, complete with all-natural confetti.

This article lists ten of the most common flowers spotted in and around Jackson Hole. All of these flowers were found below 10,000 feet and some found only 20 minutes from downtown Jackson.

Also known as Cranesbill, Sticky Geranium is found in open woods or meadows and lasts from June until August.

This little flower can easily get confused with a common sunflower or Balsamroot. In fact, the Helianthella uniflora is in the same family as the common sunflower (producer of seeds and oil) but is much smaller.

There are nearly 600 species of Lupine in North America. These flowers grow in colorful clumps everywhere from sagebrush flats to lodgepole forests. A ubiquitous flower in the Greater Yellowstone Ecosystem.

These beautiful little flowers resemble monks’ robes – hence the name. The stems are tall, ranging from two to five feet. You will find these flowers in wet, shady areas up to 9,000 ft in most of the canyons in the Range.

Usually found in similar locales as Monkshood, Cow Parsnip loves moist meadows and ravines where there is enough water to satisfy its large leaves.

These elegant, graceful flowers can be found throughout the Rocky Mountains. Though the Columbine is the state flower of Colorado, they are common in the Greater Yellowstone Ecosystem, up to 9,000 ft. Typically blue in Colorado, the sepals fade to white as one moves northward.

Find these plants reaching heights of five to seven feet tall! These giant flowers live for up to 40 years.

Like little fireworks, Silky Phacelia is a beautiful flower. Colors can range from magenta to deep purple. 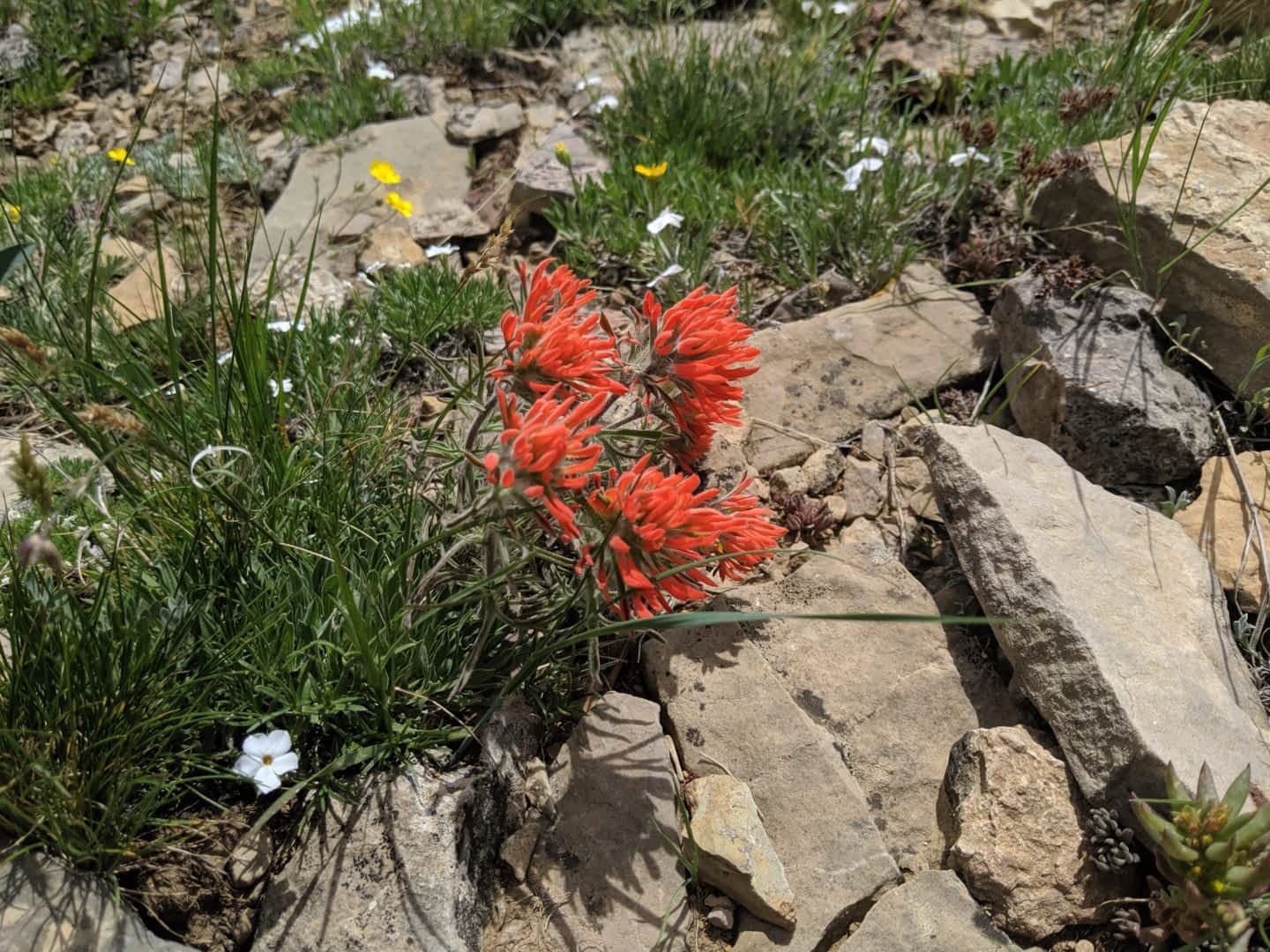 There are 10 to 12 different species of Castilleja (Paintbrush) in the park. It takes a botanist to parse out the details that separate them.

Balsamroot are in their prime for only a short period – filling the sagebrush flats with yellow flowers. As July comes to a close, their large green leaves will turn crispy.

Caroline Chapman is a Community News Reporter who recently made Jackson home. Born and raised in Connecticut, she enjoys reading non-fiction, skiing, hiking, and playing piano in her downtime. She is most passionate about delivering and pursuing stories that directly impact the lives of individuals in the community. Her favorite aspect about living in Jackson is the genuine admiration that Wyomingites share for the land and the life that it sustains.