MOOSE, Wyo. — Grizzly 399 and her cubs are awake and roaming! The most famous grizzly bear on the planet was spotted with her four cubs today for the first time this spring out and about and awake from hibernation.

Griz 399 is now 25-years-old. The sow shocked park biologists last spring when she emerged from her den with quadrupled cubs. They will probably be her last. And they’re already famous. 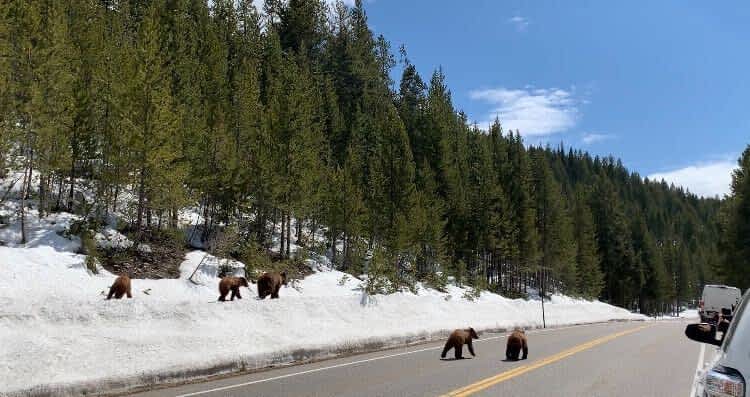 Who could have known in 1996 when the bear cub was born it would go on to become one of the park’s oldest bears? Certainly no one was prepared for the way the bruin would capture the hearts of nature watchers and photographers from around the world.

As a cub, members of the Interagency Grizzly Bear Study Team handled the little bear, fitted her with a radio collar, and tagged her in their records as “399.” Since then the sow has gone on to produce more cubs than Wrigley Field—a total of 18 descendants in her prolific maternal career include other famous grizzlies, 610 and 760.

But it wasn’t until 2006 that 399 began reaching rock star status. That summer, the crafty sow began hanging around roadsides and other populated areas of Grand Teton. It was speculated she had learned it was the best way to protect her cubs from aggressive males who will kill a sow’s young in order to mate with her. These males are generally more elusive and prefer the remote backcountry.

Whatever the reason, the result was a “Kodak” Kodiak. The bear was probably the most photographed grizzly in history by the end of that summer. The notoriety probably helped save her life the following year, when she mauled a hiker after the man had accidentally stumbled upon the sow and her three cubs with an elk carcass. The man pleaded to park officials not to kill the bear. Then park superintendent Mary Gibson Scott did pardon 399, saying the bear’s actions were instinctually protective and not aggressive.

It was the right move…and a popular one. Griz 399 continued to raise her offspring right smack in the public’s viewfinders without ever displaying annoyance or hostility.

In 2011, 399 and her daughter 610 astounded everyone when they pulled off a cub swap of sorts. Sow 610, who had two cubs of her own, “adopted” one of 399’s triplets. It was rare move that many wildlife experts admitted they had never seen or heard of.

But 399’s esteem didn’t end there. In spring of 2017, the celebrated grizzly was thought to be lost to a hunter, who boasted he had killed her earlier that winter. “399 Back From the Dead,” read newspaper headlines that May when the sow not only rolled out of her winter den but did so with an adorable, white-faced cub at her hip.

The cub was immediately dubbed “Snowy,” and, almost as immediately, killed by a hit-and-run motorist near Pilgrim Creek drainage June 2016. 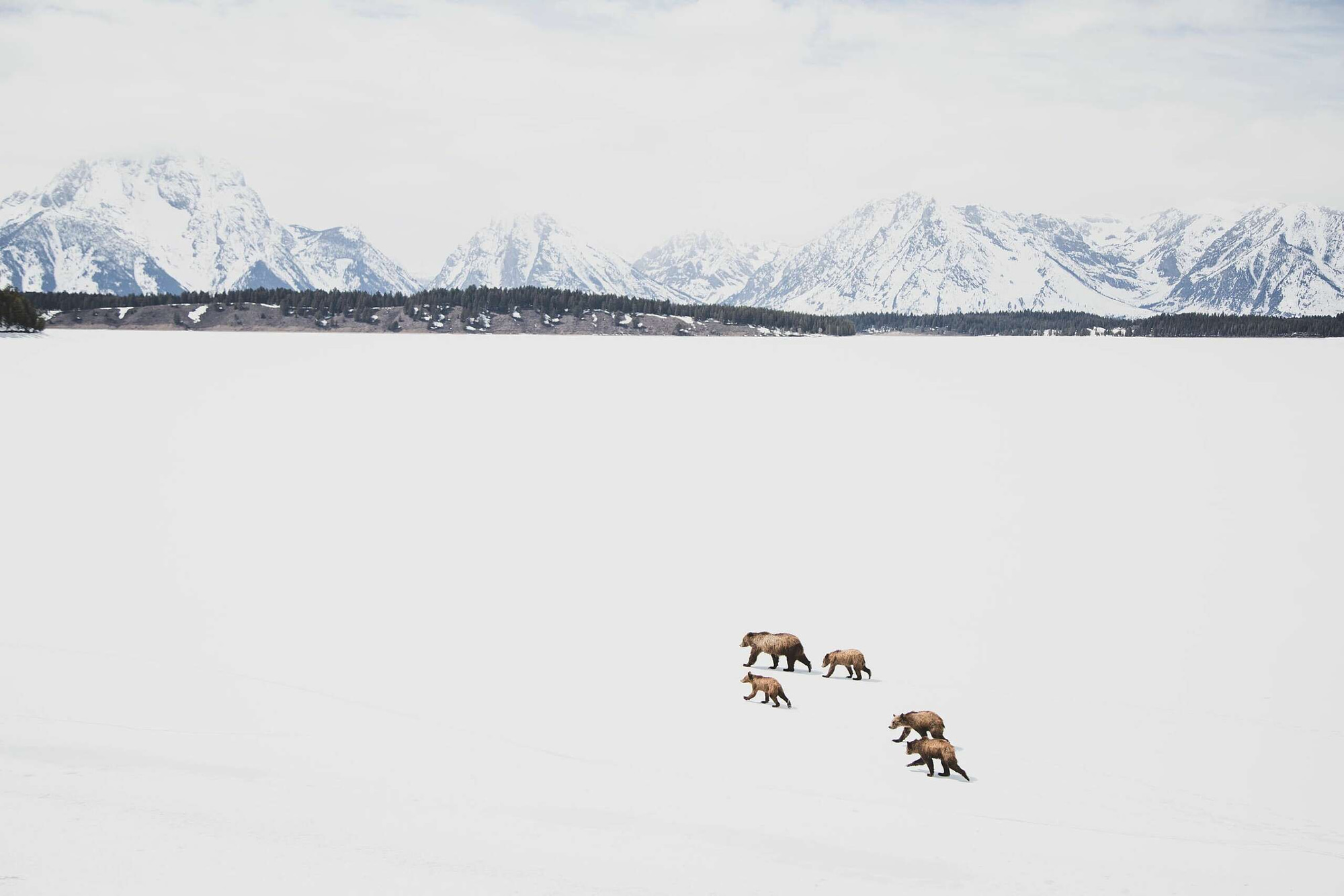 It is always safer to view bears from inside your car. Be sure to give them plenty of space if they are going to cross the road. If you do get out of your car in the presence of a bear, the National Park Service says that you should stay at least 100 yards away from a bear. Bears can run up to speeds of 30 mph which gives little or no time to react. It is always recommended to have bear spray on you where you can easily access it.

If you see someone is getting too close or not following proper etiquette, say something. Park staff can only be in so many places at once. It’s important to give bears plenty of space for our own safety, but also to make sure they don’t become comfortable being approached by humans.

Never run around bears or get in the line of travel of any wild animal. This only irritates them and could result in being charged.

If you see this famous bear, remember to be respectful and give her room. Be alert. Drive cautiously.

It’s up to all of us to safeguard our wildlife.