JACKSON, Wyo. — March Madness is about more than just college hoops this year! Jackson Whole Grocer will be hosting Beer and Dip Madness from March 13 through April 5, giving you the opportunity to sample and vote for beer and house-made dip combos!

Beer and Dip Madness will feature a bracket of 16 beer and dip combinations over four rounds of “competitions”. Tastings will be held from 11 a.m. – 1 p.m. on designated days that will follow along with the March Madness basketball tournament.

Customers will have the opportunity to taste and then vote on their pick, and the winner of each round will move on until the championship on April 5. Jackson Whole Grocer will also have a display set up for easy purchases of their favorites.

Most of the items on the bracket will feature local or regional beers and house-made dips.

Check out the bracket below for the schedule of tastings. 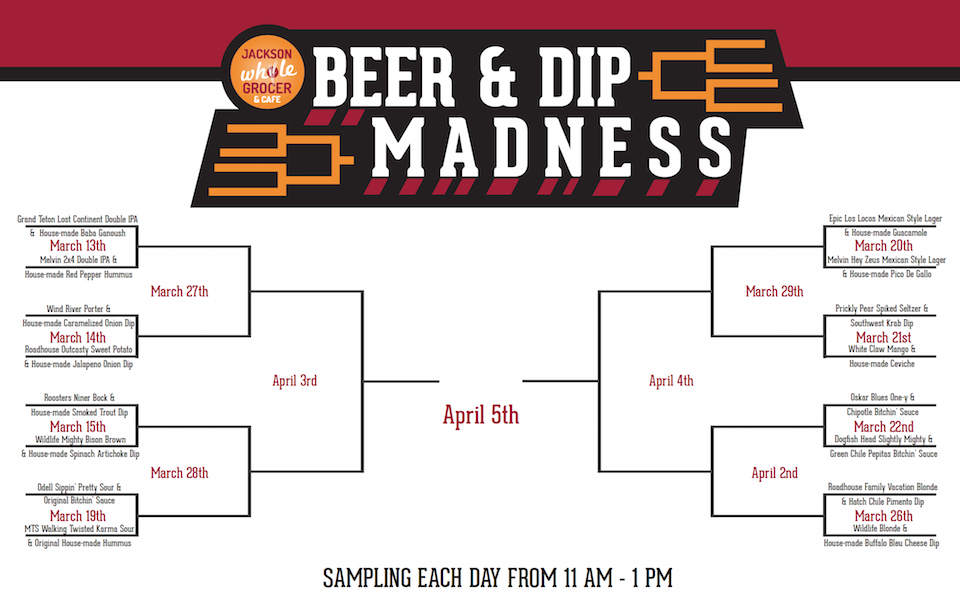