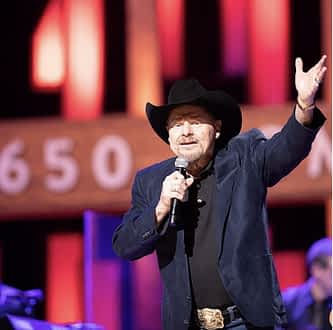 “May of 2019 marks one year since our grand reopening and we could think of no better way to celebrate this iconic venue than by featuring a legend like Moe Bandy,” said the Cowboy’s talent buyer Justin Smith.

“While our patrons tell us they love the modern country sounds, they’ve proven their affinity for good, traditional country music they can dance to, and there’s nobody better for that than Moe Bandy. This show will be a great way to kick off the summer. It will be fun to listen to him play a bunch of his hits.”

Bandy’s best years were in the decade from the mid-1970s to mid-1980s. Country music found itself up against the flash popularity of disco and then New Wave. Bandy’s answer was cheatin’ and drinkin’ songs like “It’s a Cheatin’ Situation,” with Janie Fricke and “Barstool Mountain,” a hit for Johnny Paycheck. 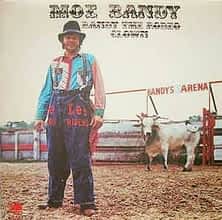 Bandy ran the rodeo circuit as a kid, riding bulls and broncs throughout Texas. Banged up and broke before he turned 20, Bandy started up his own band in the 1960s—Moe And The Mavericks—and gigged every honkytonk around San Antonio.

He finally got his big break in 1973 after a record producer in Nashville helped him release a song called “I Just Started Hatin’ Cheatin’ Songs Today” on Footprint Records. It did well enough to get his career going. In 1975, Bandy’s signature hit “Bandy the Rodeo Clown” reached #7 on the country singles chart, firmly establish the country music singer as one to be watched.

Bandy is also known for his frequent collaboration with Joe Stampley. Together, the duo of Moe and Joe recorded several albums in the early 1980s.

In all, the honkytonk traditionalist recorded 10 #1 hits, 40 Top Ten hits, 66 charting singles, and 5 Gold Albums. Bandy’s awards include ACM Song of The Year 1979, ACM Most Promising Male Vocalist of the Year, Video of the Year, and ACM and CMA Duo of the Year.

A night with Moe Bandy at the Million Dollar Cowboy Bar. Thursday, May 23, doors at 7pm, show at 8pm.