TETON VALLEY, Ida.  — Nearly two years in the making, Music on Main is back! And Teton Valley Foundation is kicking off the eight-week free live music showcase with a bang.

Head to Victor City Park on June 17 for a night of music that’s a little bit funky, a little bit rock, and a whole lot of soul: The Broadcast. Get there early to see the evening opener, Lonesome Gold, kick off Thursday’s show, and ring in the summer music season.

Fronted by powerhouse vocalist Caitlin Krisko, The Broadcast is a psychedelic soul-rock band hailing from Asheville, North Carolina. Produced by members of Tedeschi Trucks Band, The Broadcast steps into the arena of rock and roll night after night, delivering some of the most electrifying live shows today. Caitlin Krisko’s sweeping lead vocals range from a whispered hush to a lioness roar, captivating audiences across the United States and Europe.

2018, celebrated bassist Tim Lefebvre (known for in part as the bassist on David Bowie’s last album) and drummer Tyler “Falcon” Greenwell from Tedeschi Trucks Band and Col. Bruce Hampton approached The Broadcast to produce their new studio album “Lost My Sight” expanding on the band’s signature psychedelic soul-rock sound, and creating the band’s most exciting LP to date, which was released summer 2020. Mountain Xpress called the album “at once more streamlined and confident than its predecessors.”

Their appeal bends genres, attracting music lovers of all types. They have received numerous accolades over the years, including Best New Artist and runner-up for Album of the Year from Homegrown Music Network. Get ready for a night of eclectic sounds, soulful beats, and striking vocals from this talented group of North Carolina musicians. 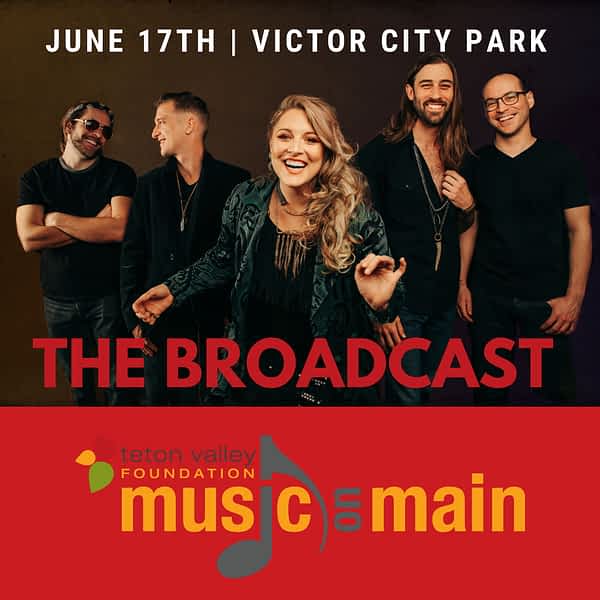