Check out Micky and the Motorcars lead the show over the hill at Music on Main this Thursday, July 29. Photo: Courtesy of Teton Valley Foundation

TETON VALLEY, Ida. — Calling all country music fans! Mark your calendars for July 29. Celebrated Idaho natives Micky and the Motorcars are heading back to their home state from Austin, bringing their alternative country sounds and incredible performance style.

What started nearly 30 years ago at a dancehall in Stanley, Idaho, has spawned into a notable career with one uber talented family: The Brauns, then a part of The Muzzie Braun and the Boys—a local family band who’d already made it to the Grand Ole Opry, featuring Muzzie’s four young sons, precocious boys with rock-and-roll futures.

The Braun brothers never stopped. Big brothers Cody and Willy started Reckless Kelly, and Micky and Gary left Idaho for Austin and started Micky and the Motorcars, a road-dogging favorite whose nonstop tour for the last seventeen years has defined not just the lives of the brothers, but also shaped Austin’s roots-rock resurgence that has played out over the last two decades. With their anticipated new album Long Time Comin’, the Motorcars cement their place as elder statesmen of that alt-country scene who have managed to master that ever-elusive blend of artistic familiarity and surprise.

For the Motorcars, the question is never really whether to tour but where to play next. Gary––who handles guitar, mandolin, harmonica, harmonies, and occasionally lead vocals––and Micky, lead vocalist and acoustic guitarist, are joined in the Motorcars by Joe Fladger on bass, Bobby Paugh on drums and percussion, and new bandmate Pablo Trujillo on guitar. The combination of familiar and fresh players has reinvigorated the Motorcars’ live show, which buzzes through a low-key rock-and-roll rapture built on grooves and the Brauns’ signature harmonies.

Guitars and songs at the ready, Micky and Gary hope most of all that their sprawling cross-continental fanbase connect with Long Time Comin’, a collection four years in the making. “If you can put your heart on your sleeve and say it, it’s the best medicine for people,” Micky says, reflecting on the album. “They can lock into it and enjoy the ride.” 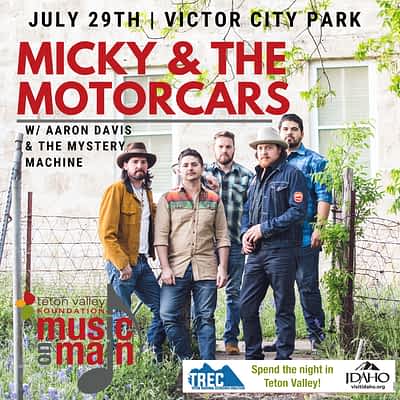