With more than five decades of combined experience in the valley, we’ve been able to help buyers and sellers across the spectrum of the regional real estate landscape.

In 2018, we closed more than 130 transactions, nearly $120MM in regional real estate sales, and were the #1 team at Jackson Hole Sotheby’s.

We’ve cut our teeth helping our friends with first-time home purchases in a rapidly changing market. Those friends have come back again and again as their needs have changed for larger homes or investment properties.

We’re always looking to help new friends and introduce them to the valley and lifestyle we’ve come to love. 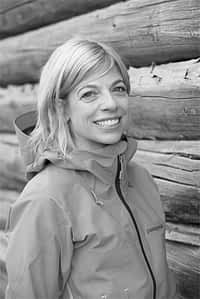 Betsy Campbell fell in love with the mountains of Wyoming while vacationing with her family in Jackson in the 1990’s. She graduated from St. Catherine’s School in Richmond, Virginia in 1997 and went on to the University of Georgia where she received an undergraduate business degree with a focus in real estate in 2001. She moved to Jackson right after graduation. Betsy worked for Jackson Hole Mountain Resort from 2001 to 2003 before moving to Jackson Hole Title and Escrow where she Assisted with closing real estate transactions. Betsy worked as the general manager of Calico Restaurant from 2004 to 2010. In that role, she met much of this wonderful community and ingratiated herself with her kindness and hospitality. She went on to open her own restaurant, Hatch Taqueria and Tequilas, where you can find the best spicy margaritas in town. Betsy began selling real estate with Peak Property Investments in 2010. Her Peak Properties team dominated the distressed sales and short sales niche in the years following the financial crisis. Betsy was and remains very much “in the flow” of commercial and residential real estate sales as a result. Betsy is particularly knowledgeable of land development regulations in Jackson and surrounding areas. In 2014 Betsy joined a team within RE/MAX Obsidian Real Estate, which was purchased by Jackson Hole Sotheby’s International Realty in 2017. Betsy is an avid participant in outdoor endurance sports including distance running and cycling. Since 2007, Betsy dedicates much of her free time to Teton Adaptive Sports, a non-profit that helps special needs children enjoy outdoor activities in Jackson. Betsy is very knowledgeable about all aspects of living in Jackson and is very well connected in the local community. If you are looking for an experienced Jackson realtor who can guide you through the buying and selling process in this unique local market, Betsy will serve you well. 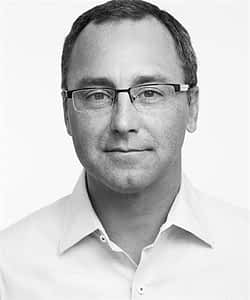 Brett never wanted to be a Realtor. As kid, he wanted to be a fireman. A lion tamer. An astronaut. After receiving a Bachelor’s Degree in Journalism from Lehigh University in 1993, he moved to Jackson Hole for a job at a local newspaper.
Twenty years later, Brett has thrice been been recognized in JH Weekly’s annual poll as one of the “Best Real Estate Agents.” His peers awarded him the Realtor of the Year Award in 2008. In 2013, 2014 and 2016, he was the top-selling individual Realtor in the state of Wyoming for another national franchise. So how does a 20-year-old reporter turn into a 40-something-year-old Realtor? He hurts himself skiing. Takes a part-time job answering phones. Becomes the real estate company’s computer geek and marketing lackey. Learns what to do (and what not to do). Is offered a position as the broker for a private golf course community. It fails. He becomes one of the partners for the local RE/MAX brokerage, which is acquired by Jackson Hole Sotheby’s Int’l Realty in 2017.He fishes, golfs and does Honey-Do’s on the weekends. He met his wife in Jackson Hole in 1994. They have two kids, ages 7 and 10. And two dogs. He also serves on the board of a local non-profit organization.
He’s a Realtor because he’s been lucky enough to build a life in this incredibly vibrant community. He really likes helping other people build lives in Jackson Hole too. 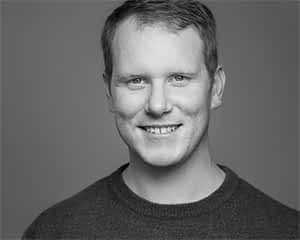 Des’ personal history with Jackson Hole dates back to the mid 1990s on a family vacation which led him to return nearly every year since that time, including five years working at the Teton Valley Ranch Camp in Dubois, WY. Des made the Valley his permanent home following his graduation from Middlebury College. After receiving his real estate sales license in 2010, Des joined RE/MAX Obsidian Real Estate in January 2011 and quickly became one of the top-producing agents in the firm before joining Jackson Hole Sotheby’s International Realty in August 2017. Des works primarily in the purchase and sale of residential, ranch, and investment properties. Des also has considerable experience in commercial sales and leasing in the Jackson Hole market. Des is an active volunteer; currently serving as a Board Director with the Teton Board of Realtors, as a Trustee of the National Museum of Wildlife Art, Treasurer and board member of the Jackson Hole Public Art Association, and as a member of the Jackson Hole Land Trust’s Open Space Council. Des is an avid outdoorsman and enjoys spending his free time hiking, skiing, and fly fishing in the Greater Yellowstone Ecosystem with his wife, daughter, and dog. 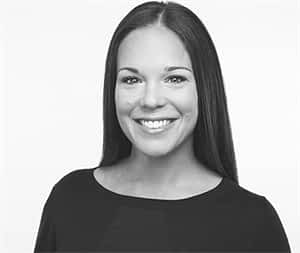 Born and raised in Battle Creek Michigan; after graduating from The University of Michigan, Emily was bound for Jackson Hole. Originally planning to stay for only a year, Emily now finds herself here 16 years later as a wife, mother, and dedicated real estate professional. Emily was originally licensed in 2007 and became part of the Re/Max Obsidian Team in 2014 where she joined forces with Betsy Campbell and Desmond Jennings resulting in 1st place for sales in 2016. The team recently joined the Sotheby’s International Real Estate brand and is excited to be part of such a highly respected brokerage. Emily’s professionalism goes beyond the sale—she is client driven and will do her utmost to meet her clients needs above anything else. When she is not out selling real estate, Emily can be found skiing, climbing, fishing, running and hanging with her family in the Tetons. Licensed in Wyoming and Idaho. 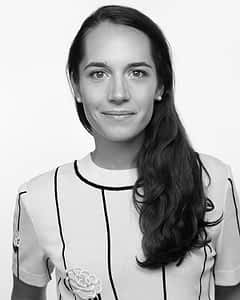 Melissa first came to Jackson Hole in 1998 with her family skiing. Hailing from Chevy Chase, Maryland, she was planning on working for the government after school and on staying put on the East Coast. She attended college at Ohio State where she played Division 1 Lacrosse and graduated with a unique degree in International Studies specializing in Security and Intelligence. She realized, however, she could not resist the quality of life that Jackson Hole has to offer and left for Wyoming soon after graduating. Following in the footsteps of her family, she decided to venture into the Jackson Hole real estate market. Her enthusiasm and drive to succeed is obvious and she is excited to be part of the Jackson Hole Sotheby’s International Realty family. Melissa Minshall works in Jackson which has a population of 13,645. Jackson has a household income of $55,196. The educational attainment of residents of Jackson includes 68.01% of adults who have at least a college degree. Residents in Jackson will typically attend school in Teton County School District 1.

I thoroughly enjoyed what can be a radically stressful experience. Brett talked me off the ledge several times. I am considering buying more property just so I can hang with Brett again. He is a pro. ...

Brett is a very good realtor. He represents his clients with integrity and honesty. His experience allows him to give quality guidance when emotion and speculation occasionally overtakes the typical ...

We’ve worked with Brett to buy both of our properties here in Jackson. He is awesome! Professional, really well informed and prepared and extremely thorough. He’s earned our trust and friendship. Can’t ...

It was a pleasure working with Brett on the sale of my home. From the beginning, I had confidence that his experience, expertise, and guidance would result in a successful sale, and I was not disappointed. ...