Snow levels will be high for much of this event due to the mild air in place, but a cold front will arrive early Monday evening with snow levels falling behind the front through Monday night. Colder and unsettled conditions will continue on Tuesday and Wednesday with additional snow showers along with low snow levels.

Timing of the Storm

Showers will arrive late afternoon or early evening on Sunday and will continue at light to moderate intensity through Sunday night. Snow levels will quickly rise on Sunday night as milder air floods into Jackson Hole from the south. Snow levels overnight will generally range from 9,500-10,500 feet, possibly higher at times.

On Monday, precipitation will continue to pick up in coverage and intensity throughout the day with snow levels remaining high in the 9,500-10,500 foot range. Winds will also be very strong over the higher elevations.

An active west/northwest flow will continue behind the main system on Tuesday and Wednesday with a series of weaker disturbances resulting in continued snow showers. This activity will be less intense compared to Monday’s storm, but temperatures will also be colder.

Additional liquid-equivalent precipitation on Tuesday and Wednesday will range from 0.5 to 1.0 inch in the Tetons and 0.1 to 0.4 inches in the Jackson Hole Valley.

Due to the timing of the warm air and heavy precipitation, snowfall amounts are not looking as impressive as they once did, unless you’re talking about areas above 10,500 feet (which will also be heavily wind-affected).

In the town of Jackson itself, borderline temperatures (see the chart below) will mean that snow will have trouble accumulating. If we do see any accumulations, it would likely happen during the early morning hours during any heavier bursts of snow showers when temperatures are at their lowest and heavy snowfall rates could overcome the warm surface.

In the valley, we could see gusts out of the south in the 20-30 mph on Monday afternoon.

Winds will be lighter on Tuesday, but are expected to pick up again during Wednesday’s disturbance with gusts to 50-60 mph out of the west at 10,000 feet and 20-25 mph out of the southwest in the valley.

Another weak disturbance could arrive from the northwest on Thursday, but warmer air will also be arriving with rising snow levels.

We should dry out on Friday, then another disturbance is possible on Saturday with snow levels projected to be relatively high.

A drying trend with mild temperatures is then expected starting around Halloween and continuing into the first few days of November. 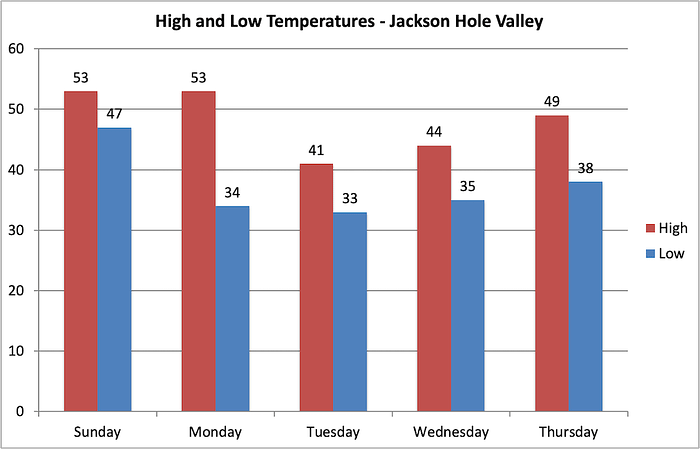 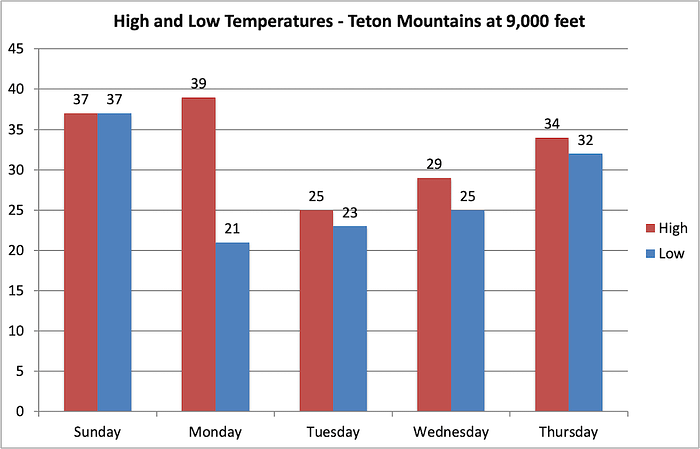 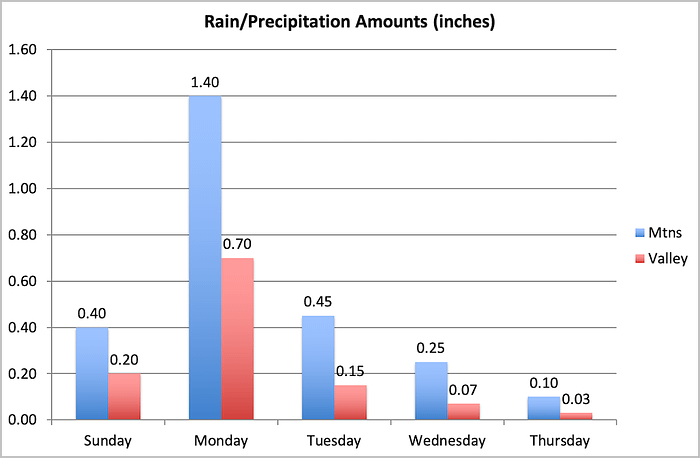 The Associated Press   14 hours ago