Community-sourced marketplace to advertise services, deals, events, and more. Login below or create your account. 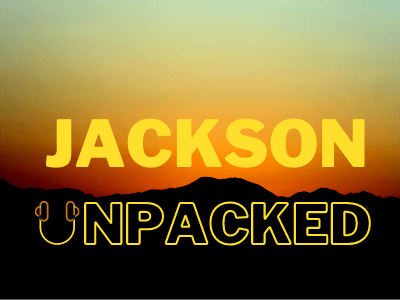 “Jackson Unpacked” features in-depth reporting and interviews on local and regional news, music and culture. The show airs locally at 89.1 FM on Wednesdays at 7:30 a.m. and is rebroadcast Fridays and Sundays at 12:30 p.m. As of late April, the show can also be listened to as a podcast on Spotify, Apple, Google and wherever podcasts are found. Recent episodes have included feature stories on Jackson’s controversial Housing Ordinance 473, COVID-19 vaccine hesitancy in Wyoming and the status of the Deferred Action for Childhood Arrivals (DACA) program under the Biden administration.

Additionally, KHOL now broadcasts top of the hour news briefs each weekday, covering local, state and regional headlines. The NPR-style newscasts are informative and easily digestible, all in under three minutes.

These developments come on the heels of major programming changes at KHOL. Over the past year the station has diversified its programming, growing from primarily locally produced music shows with volunteer DJs to now airing a panoply of programming including: locally and nationally produced podcasts, a local music hour and news coverage in Spanish.

This winter KHOL welcomed Kyle Mackie as news director. Prior to moving west, Mackie reported on education, immigration, racial justice and more for WBFO, the NPR affiliate in Buffalo, NY. With a background in international reporting, Mackie has also worked in Israel and the Palestinian territories and the Western Balkans.

Mackie joins reporter/producer Will Walkey in the KHOL newsroom. Walkey came on board just before the November election and is a recent graduate from Columbia University with a master’s degree in journalism. From its infancy in the basement of the Teton Barbershop, as a primarily music format station, KHOL now has a staff of four and dozens of volunteers and the station’s programs are listened to around the world. KHOL also remains the only nonprofit newsroom focused on Jackson and Teton County and the only community radio station in the State of Wyoming.

About Jackson Hole Community Radio:
Jackson Hole Community Radio produces innovative public radio programs, in-depth local news and cultural reporting, and events that touch a passionate community of more than 40,000 people each month through on-air broadcasts, digital and in-person engagements. From its studios in the Center for the Arts in downtown Jackson, Wyoming, KHOL is shaping community radio for a new generation of listeners. Find more information at 891khol.org.